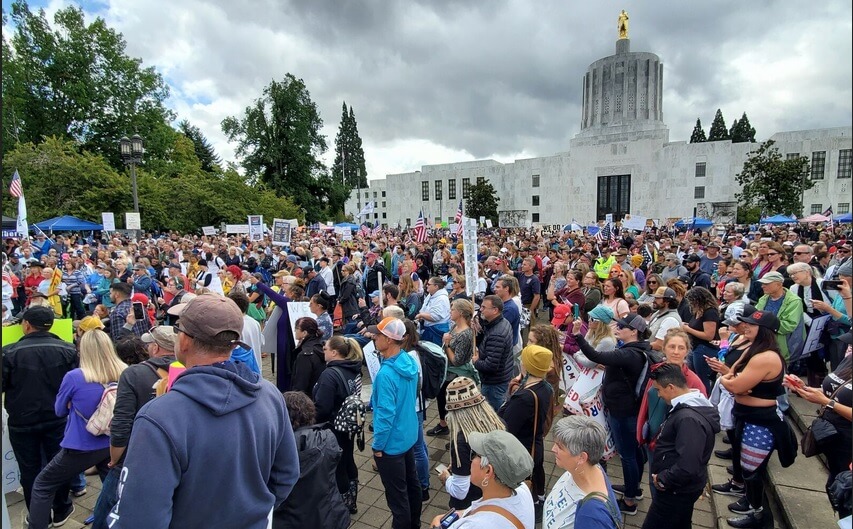 It was estimated that 1,000 Oregonians turned out at the Oregon State Capitol last Saturday for a rally to promote medical Freedom and oppose many of the vaccine mandates coming from  President Biden administration and Oregon Governor Brown.

The rally was helped put on by Oregonians for Medical Freedom which states its core mission as “protect vaccine exemptions, promote informed consent rights and preserve medical privacy for all Oregonians”

Some of the signs read “I’ll call the shots”, “My body, my choice”, “Freedom not force” and “Jabs for jobs = extortion”

One young woman had a sign that read “Don’t fire my dad”.