It is making national news that Oregon lawmakers may walk-out of the State Capitol and deny a quorum over the redistricting maps after the House Speaker broke her public pledge to make the process bipartisan.  House Republican leader Christine Drazan “She lied and broke her promise not just to us but to Oregonians.”

The Washington Post and The Hill both noted the lopsided nature of the Democrat redistricting plan. See article. 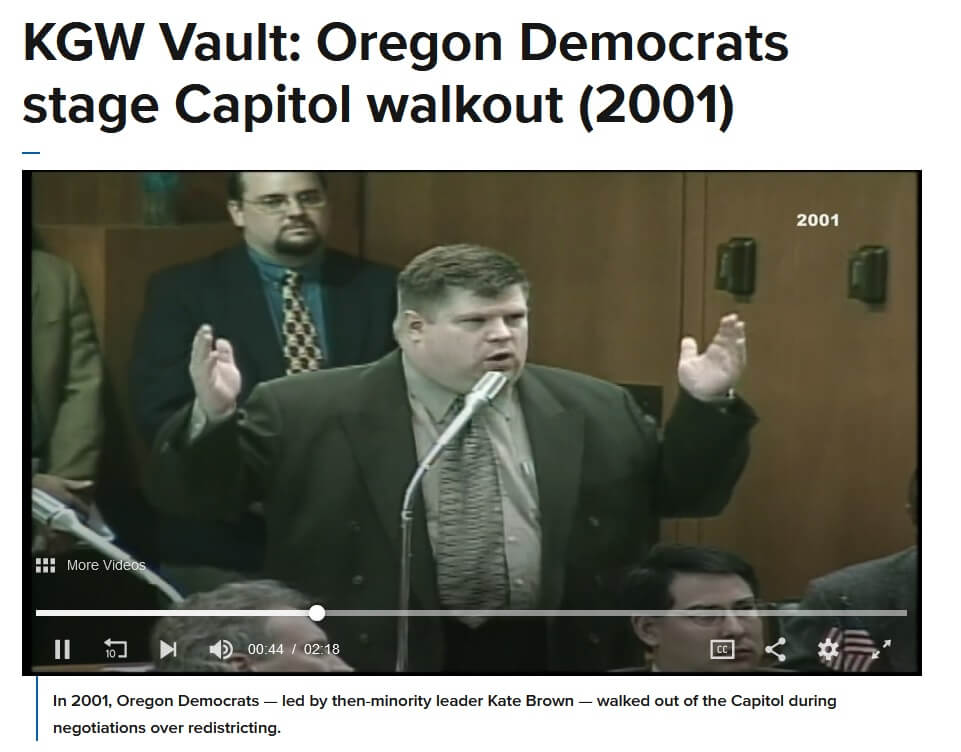 Christine Drazan told the Willametter Week on the partisan betrayal by House Speaker Kotek, “They negotiated with us to have an equal representation—an equal voice—on the redistricting committee.In an effort to ask Democrats to come to the table with us, we have been reading legislation. When you read legislation, it has the potential to slow down bills, and then Democrat chairs have to start to make choices about priorities because you start to tighten up what’s available. I mean, there’s only so much time in a day. So rather than make those choices about which bills they wanted to move forward and which bills I didn’t want to move forward, they negotiated with us to end bill reading and to have an equal representation and equal voice on the redistricting committee.”

The deadline is approaching where if a plan is not voted on, the redistricting then goes to the Secretary of State — something many top Democrat lawmakers do not wish to happen.  This will all unfold in the next 48 hours.