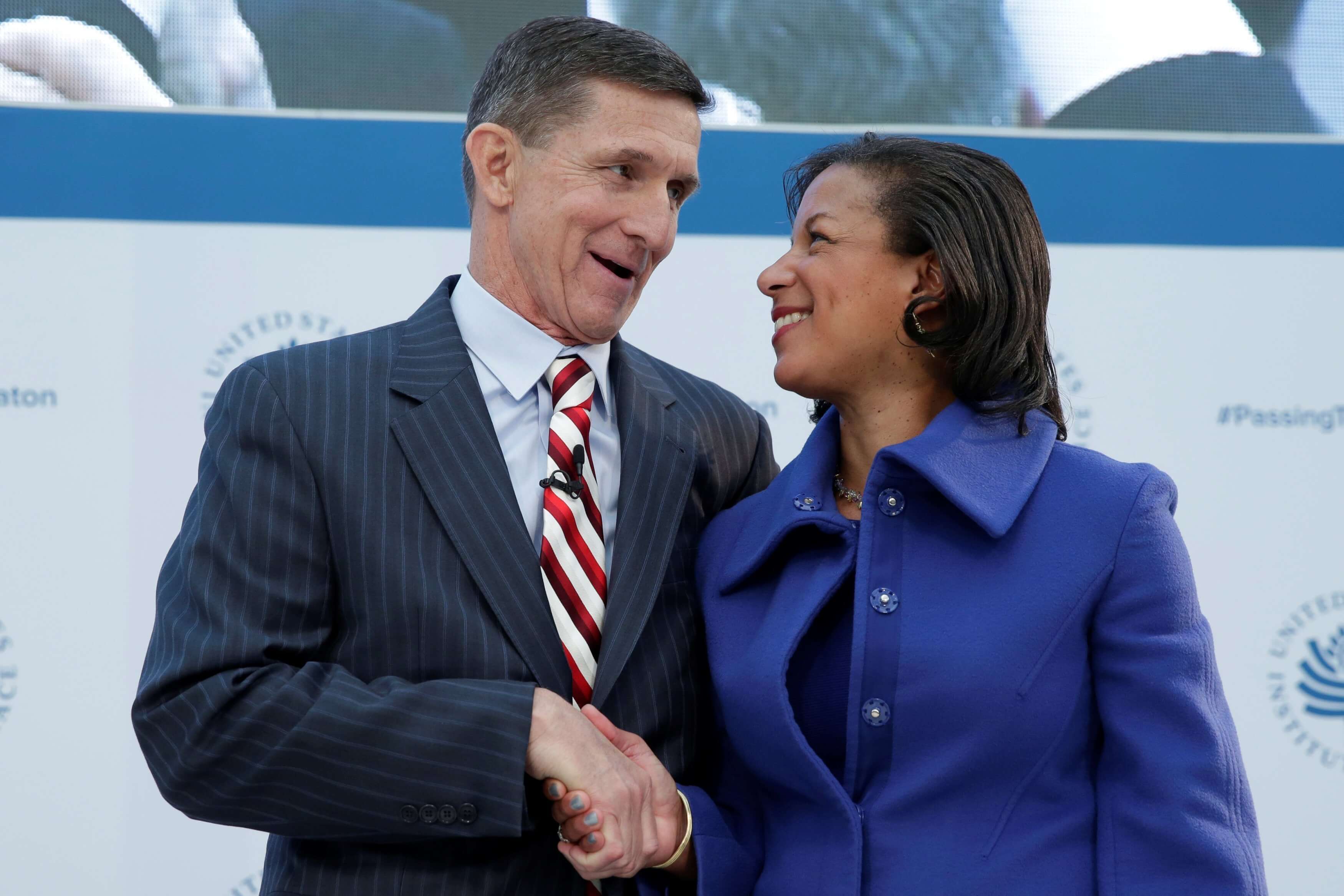 Earlier this month, I wrote about how Susan Rice writes in her memoir, Tough Love, that, in her last transition meeting with Lieutenant General Michael Flynn, she offered her hand to shake, wishing him good luck. He asked for a hug. And he got a hug.

Later in her book, Rice reveals they shared more. She too was the target of a Federal Bureau of Investigation counterintelligence investigation, in her case, when Rice was the U.S. Ambassador to the U.N. for her frequent meetings with her Iranian counterpart Muhammad Khazaee:

While I came to trust my physical safety in Khazaie’s presence, I was surprised to learn that the FBI did not trust me. Soon after I started meeting with Khazaie, the FBI came to the U.S. Mission to meet with my chief of security and with my deputy, Alex Wolff. They never asked to see me. In virtual whispers, the FBI told Alex that they had seen me go in and out of the Iranian ambassador’s residence and were suspicious of what I was doing. While it is the FBI’s job to conduct counterintelligence operations on U.S. soil and to be concerned about Americans who may be compromised, I was dismayed that they would think I might be among them. Alex told them to buzz off, assuring them that what I was doing was fully authorized. Fortunately, Alex was one of the very few people on my team who was read into this private channel. “Thank you for handling this as skillfully as you did,” I later commended Alex, who laughed when I said something to the effect of, “Otherwise, I would have had the FBI all up in my grill for years to come.”

This was the Obama administration’s first overture to Iran for what became the JCPOA. It was such a well-kept secret at the time that the FBI didn’t know these were official visits.