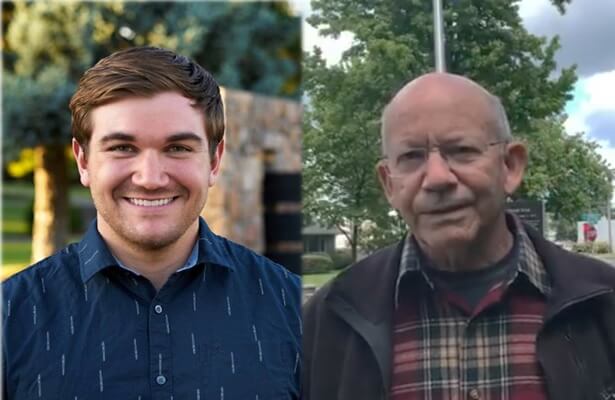 The Oregon primary was only hours cold when the New York Times struck with a caricature of Oregon politics, “G.O.P. Voters Back QAnon Conspiracy Promoter for U.S. Senate.”

Reporter Mike Baker’s lead read like a bad rendition of a cheap national tabloid: “Republicans in Oregon have selected a Senate candidate who promotes the QAnon conspiracy theory, the latest sign that conservatives are increasingly willing to embrace a movement built on a baseless series of plotlines about President Trump battling a shadowy globalist cabal.”

The editors back in New York had few qualms about painting a picture of populism in the West that is utterly ridiculous. Why let the facts on the ground, like the good works of Timber Unity, interrupt the Democrat national narrative?

Yes, it’s true that Democrats in Oregon have won the lost 10 gubernatorial elections in a row, and that none of the four statewide partisan races — U.S. Senate, Secretary of State, Treasurer and Attorney General – jump out and look super competitive, at least for now. Still, opposition to one party rule in Oregon consists of more than just conspiracy theorists.

Despite the Democrat dominance of state politics, there is a sleeper race on the Oregon ballot this November. It’s in the state’s fourth congressional district, represented by Congressman Peter DeFazio since 1987. This November, DeFazio and Democrats may be in for the surprise of their electoral life in the southern Oregon district (established in 1943) when they face off against political newcomer and American hero, Alek Skarlatos.

DeFazio has won 17 elections in a row and is currently the chairman of the Committee on Transportation and Infrastructure, a large and powerful U.S. House committee with more than 65 members.

But DeFazio, along with Bernie Sanders and Maxine Waters, is also one of the founders of the House’s Congressional Progressive Caucus. From 2003 to 2005, DeFazio chaired the progressive caucus and is currently a supporter of AOC’s Green New Deal, which, along with a host of other far-left radical policies, stands in opposition to the FERC-approved Jordan Cove LNG pipeline and terminal in Coos Bay.

Which brings us to the question: Just how far left progressive is Oregon’s 4th Congressional District where DeFazio has ruled for 34 years?

The numbers tell an interesting story.

Let’s start with the last three presidential elections in the 4th District, which has large rural and blue collar populations.

Compare that trend with the direction of Oregon’s 5th Congressional District, which runs from Albany to Lake Oswego, but is more urban and white collar in makeup and dominated by Clackamas County.

In the more rural 4th district, Trump tied Clinton in 2016, suggesting that the president’s populist philosophy is winning over Democrat and non-affiliated blue collar voters. This is exactly the same phenomenon that occurred in the 2019 British election, where the Conservative party won several Labour seats in rural and working districts of Northwest England, including former Prime Minister Tony Blair’s old seat in Sedgefield.

Besides the growing populist movement in the 4th District, incumbent DeFazio should have another reason to worry about this year’s election. He is not the vote-getter in recent years that he has been historically.

DeFazio has dropped 10 percentage points in the last two elections, suggesting that his growing progressive views are counter to the growing populist sentiments of the voters of the district.

Another big, big worry for DeFazio, besides being suddenly politically out of step with his district, is the quality of his opposition. For the last five elections DeFazio has benefited by running against Republican bomb thrower Art Robinson. Say no more. But this year, DeFazio has drawn as his opponent the young and charismatic Skarlatos.

In 2015, Roseburg native Skarlatos, along with another young military veteran and a high school friend, helped stop a terrorist attack on a Paris-bound train. For his heroism, Skarlatos was awarded the U.S. Army’s Soldier’s Medal from President Obama and France’s highest decoration, the Chevalier of the Legion of Honour from President Hollande. In 2018, Alek played himself in Clint Eastwood’s film about the event, “The 15:17 to Paris.”

A young American populist hero versus an aging congressional progressive relic in a blue collar district that is suddenly moving away from the Democrat Party. That’s some match up, and cause for concern for Congressman DeFazio —  New York Times be damned.