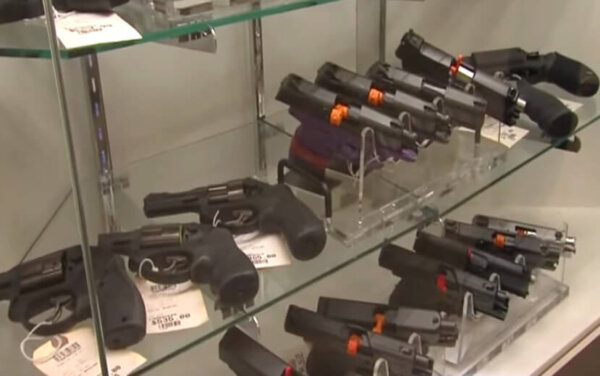 Just as Gov. Kate Brown signed SB 554, one of the most restrictive gun control measures in Oregon, which outlaws lawful possession of a firearm in any government building including the legislature and near airports, and also comes with storage mandates, two new gun control petitions are in the signature gathering phase.

Initiative Petition 18 would ban the sale of many firearms (that proponents label as assault style) in Oregon by prohibiting manufacturing/possession/transferring of many semiautomatic firearms..  The measure lists over 100 firearm examples to be banned and further states that any similar firearm to this list would also be banned.  Draft ballot title reads, “Prohibits manufacturing/ possessing/ transferring many semiautomatic firearms; criminal penalties; exceptions require firearm registration, restrict use.”

Initiative Petition 17 would ban the sale of magazines over 10 rounds. It also requires creates a new permit to purchase any gun and a completed background check before a firearm is purchased.  Draft ballot title reads “Requires permit to acquire firearms; creates permit database; prohibits ammunition magazines over ten rounds; exceptions”

The movement has gathered the signatures of 2,000 voters for the preliminary initiative petition. The petitioners need to obtain 112,000 signatures by June 2022 to get their measures on the November 2022 ballot.