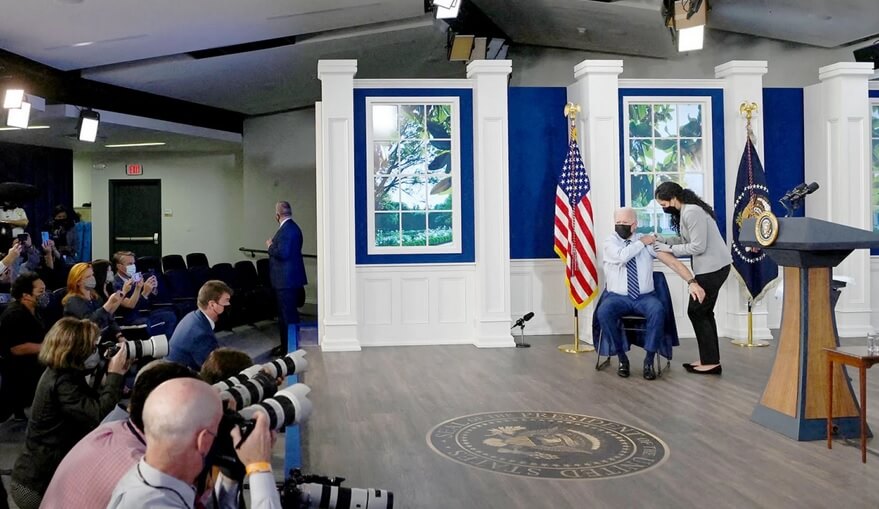 We’ve all heard the advice “fake it till you make it”.

We may even know a few people who did it that way. But consider the fakes we’re seeing lately and the real damage they do.

— A fake OSHA vax regulation announced by the President more than a month ago…that still doesn’t exist today…gets people fired by the thousands.

— Two weeks ago, the secretary of homeland security told reporters “the border is closed. The border is secure”…as hundreds of thousands of illegal aliens flooded in. Don’t believe your lying eyes.

— When Joe Biden wanted the media to video his latest Covid booster shot, he used a fake Oval office in the Eisenhower Executive building next door to the real white house.

— Now, we’ve learned that that strange cackling laugh isn’t the only fake thing about Kamala Harris. World space week featured a video purporting to show the Vice President surrounded by young school children fascinated by Harris talking about the wonders of science. Only it turns out the kids are fake too. By that I mean, they are child actors flown to the Capital to play the role of fascinated school kids.

I don’t suppose Kamala could have actually gone to an actual Washington DC classroom and talked to actual kids.

By the way, the video production company which did Kamala’s fake…is in real life called “Sinking Ship Entertainment”. Make of that what you will!