Gov. Kate Brown has been having secret zoom meetings with 11 incarcerated people over the past 2 months, her staff confirmed.  Brown plans to review more than 200 juvenile prison cases for commutation, in some cases making longtime prisoners immediately eligible to pursue parole.

These meetings have already resulted in Brown offering early release for criminals.  Yet, Brown did not involve or solicit input from local District Attorneys who are familiar with the criminals’ cases both the one’s being commuted by the Governor and the related  ones surrounded the criminals past history.  Union County District Attorney Kelsie McDaniel told the Oregonian “I have never been interviewed about a commutation but only learned later…”

Not only did Governor Brown block local District Attorneys, which is standard in traditional early releases, but Governor Brown went out of her way to block victims family from knowing what she was doing.  Many of the crime victims families only learned about their early release through leaked media reports.  Not being alerted becomes a grave safety issue as victims need time to protect themselves and adjust to their rapists or attempted murdered being released.

These victims families should also have a voice in any commutation because they know first hand if the criminal has tried to reconcile with their crimes.  Yet Governor Brown has treated victims families almost like criminals and criminals like above-the-law heroes who deserve to be above the process required of other criminals who are not as privileged to go through the commutation/pardon process.

The Oregonian also reported, “Clackamas County District Attorney John Wentworth said nearly a dozen defendants from his county are among the names submitted to the governor. He said he is stunned by the prospect of their early release.“These are pretty extraordinary cases that include sexual assault, rapes, murder,” he said.“I am frustrated,” he said. “I don’t know that the governor appreciates the emotion and work and faith in the system that go into getting the sentences that we have because she can undo them with the stroke of a pen and that’s what she seems intent on doing.”Retired Multnomah County Chief Deputy District Attorney Norm Frink prosecuted at least two of the men on the list of those whose sentences are up for reconsideration:Medero Moon, now 39, who was convicted in the 2000 shooting death of Wayne Olson, a Bank of America executive in his West Hills home in a home invasion robbery, and Carl Alsup, now 36, convicted in the 2003 murder of Jessica Williams of Gladstone. Alsup was part of a “street family” that beat and set fire to Williams, 22.Frink said he strongly opposes any commutation consideration for the men and said it’s unacceptable for victims or their families to learn about the governor’s plans through the news media.”

Earlier this year, Brown granted conditional commutations to 41 incarcerated people who helped with wildfire work. On June 25, 2020, the governor announced the commutation of 57 random inmates. In large part, Oregonian do not know the crimes that got these people behind (and now out of) bars. 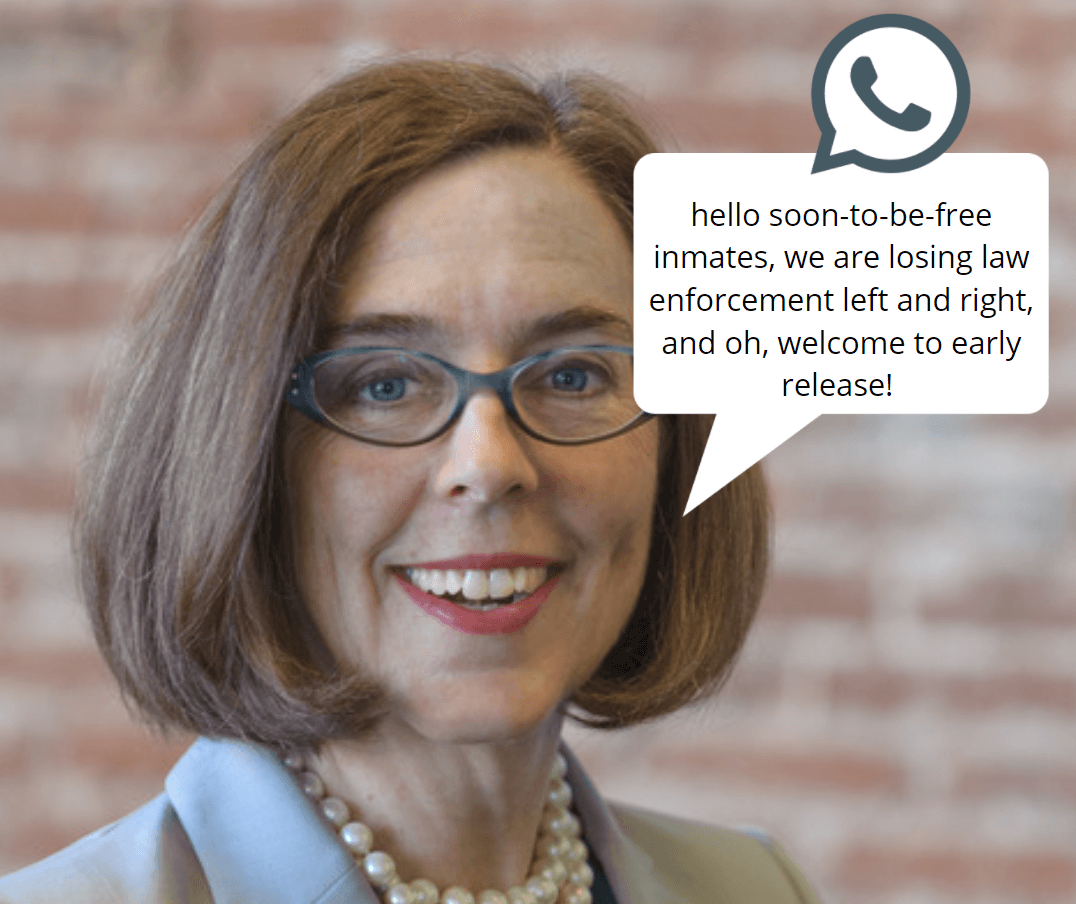