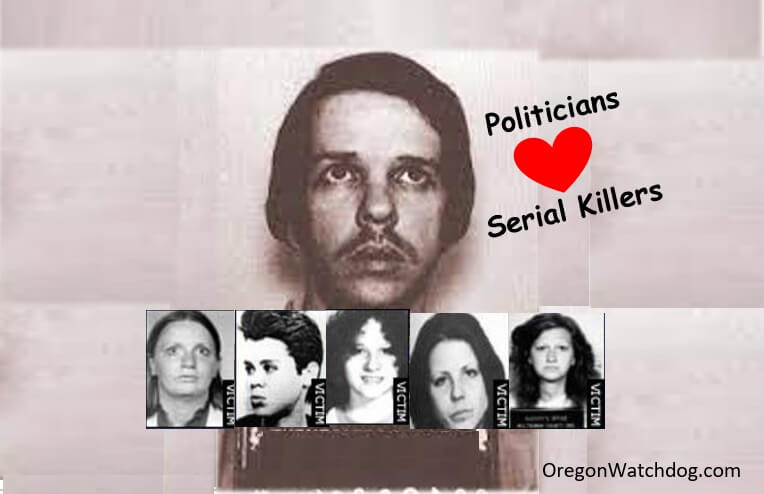 The 2019 law passed Oregon politicians is giving 90% of Oregon’s worst criminals on death row a free pass from the death penalty.  This now includes serial killer Dayton Leroy Rogers.  The famous mass murderer Dayton Leroy was convicted of killing Lisa Marie Mock (23); Maureen Ann Hodges (26); Christine Lotus Adams (35); Cynthia De Vore (20); Nondace Cervantes (26); and Riatha Gyles (16).    This does not include the stabbing of a 15-year old girl.   Based on the new law and affirmation by the US Supreme Court, Dayton Leroy Rogers has been spared the death penalty.   A new sentencing may give him instead life in prison or perhaps something less.

Former chief deputy district attorney in Deschutes County, Josh Marquis, was cited for his criticism of the new law, “This is a sad coda by a state Supreme Court unwilling to accept the will of the people or the decisions of the U.S. Supreme Court (not just recently, but for 50 years) that the death penalty is constitutional if voters of a state want it available.The court endorsed the sleazy move by largely Democratic legislators in 2019 to neuter the death penalty, because they could do that without the two-thirds votes they didn’t have. As a result, people like Randy Guzek … who has been four times sentenced to death by 48 different jurors, will now be eligible for immediate parole.”

It seems that killing six innocent people is exactly what the voters had in mind when they enshrined the death penalty in the State Constitution.  Unfortunately a 2019 statutory tweak by lawmakers who promised it would not effect people on death row has now overridden the will of voters and the Constituion.