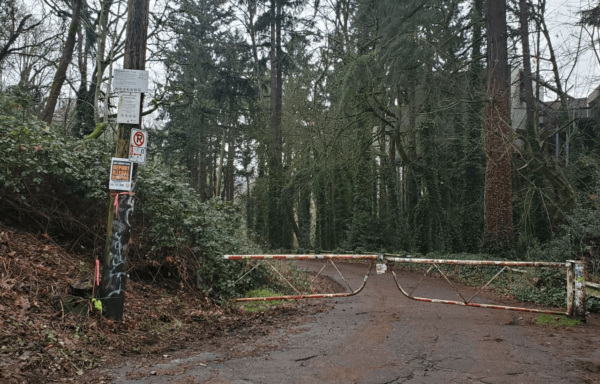 Over the course of more than 25 years, Metro’s parks and nature program has developed a long record of failing to serve its constituents. Since the parks and nature program launched, the Metro regional government has received close to $1 billion in funding and purchased more than 14,000 acres of land. Yet, only 12% of this land is currently open and advertised to the public, and about 70% of the acreage lies outside Metro’s jurisdiction, far away from the populations it is meant to serve. Metro has also left promised parks projects sitting on the drawing board for decades. In short, Metro’s parks and nature program has lost sight of its founding vision—to provide “greenspaces in our urban fabric.”

In September, Willamette Week reported Metro’s parks and nature program has spent only $9.9 million, or 2%, of a $475 million bond measure since voters approved the measure nearly two years ago. Of this amount, $2.3 million has gone towards acquiring land. To put this in perspective, after two similar bond measures passed in November 1995 and November 2006, Metro parks and nature had spent between $27 million and $34 million of its bond money on land acquisition alone within the same 23-month period.

Metro blames the slow pace of spending on its need to plan out programs and conduct “meaningful community engagement.” But what if it’s more than that? After a quarter century and $246 million dollars spent purely on acquiring land, maybe all the good deals are gone. Despite the pandemic, commercial and housing construction have continued, making it more difficult to find available land to build parks in Metro’s jurisdiction and to provide Metro’s promised “nature in neighborhoods.” If this is the case, then Metro must question whether further expansion of its parks and nature program beyond its jurisdictional boundary would actually benefit Metro’s residents and taxpayers.

The issue at hand is not the pace of Metro’s spending. The problem is what they are—and are not—spending the money on. For example, Willamette Cove, a riverside property that Metro purchased in 1996, remains unusable to this day. Despite the site’s location near the St. Johns neighborhood and the University of Portland, Metro has failed to clean up the toxic industrial contamination in the area to provide residents with a waterfront park. While Metro has had to coordinate the remediation with the Oregon Department of Environmental Quality, the Environmental Protection Agency, and the Port of Portland, it’s surprising that the parks and nature program hasn’t leveraged some of the hundreds of millions of dollars at its disposal to expedite the process.

Newell Creek, another Metro property, has also been in the possession of the parks and nature program since 1996. Like Willamette Cove, restoration work at the site has progressed slowly. Though the 233-acre site sits in the middle of a bustling suburban area in Oregon City, it is only just being opened up for public access at the end of the year. The project should be a success story for Metro’s program, as it protects habitat while simultaneously providing recreational opportunities “in the midst of a flourishing metropolitan region.” But, because of the decades-long wait for public access, Newell Creek instead reflects Metro’s inability to prioritize projects and spend money wisely to bring them to completion.

To be fair, Metro’s parks and nature program is popular with voters. But, it needs to deliver on its promises and prioritize the residents and voters that Metro serves, not the people outside Metro’s boundary. Any properties that Metro acquires in the future should be within its jurisdictional boundary to ensure that it is benefitting the taxpayers who fund its parks and nature program.

For more than two decades, Metro parks and nature has focused on buying distant farmland. More than half of the property it has purchased is zoned for exclusive farm use and lies outside both Metro’s jurisdiction and the Urban Growth Boundary. Even if Metro can’t afford to buy as many acres in more urban areas, its focus should be on giving residents easy access to parks and natural areas, not amassing as much land as possible and closing it off to the public. Metro also needs to use the massive amount of funds now at its disposal to open up the rest of its 14,000 acres for those who paid for it, including places like Willamette Cove.

If Metro parks and nature can’t fulfill its purpose of providing accessible open space to its constituents, it may be time for voters to admit that Metro has more land and money than it can manage. For what Metro residents have received so far in return, nearly a billion dollars is too big a price to pay, and 25 years is too long a time to wait.