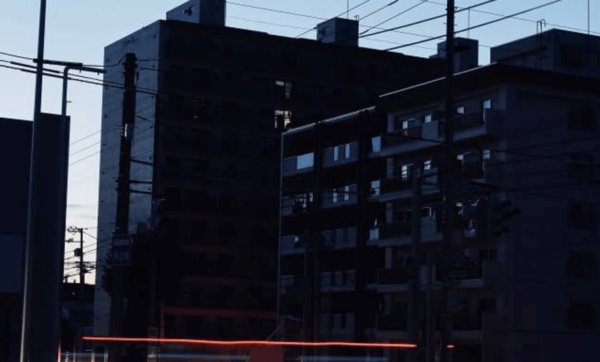 Portland General Electric is living a virtual power plant pipe dream, and ratepayers need it to come back to reality.

PGE recently told regulators that “it is estimated that as much as 25% of flexibility could come from customers and distributed energy resources (DERs)” on the hottest and coldest days by 2030, from sources including solar, batteries, and electric vehicles (EVs). However, this kind of plan hinges on customers having power to give back to the grid during peak events when they likely need it themselves. This was made clear at a recent conference by Ahmad Faruqui, Ph.D., who works as an energy economist at the Battle Group in California.

A distributed energy resource (DER) is a small energy generation or storage technology, often existing near the point of use rather than a distant large power plant. DERs include rooftop solar arrays, battery storage, or EVs plugged into the electric grid. Customers who own a solar installation or battery can export electricity back to the grid for a credit on their bill if they produce more power than their home consumes.

DER is an umbrella term that also encompasses programs or technology that affect consumer demand for electricity, like demand response and energy efficiency. Demand response (DR) programs aim to motivate customers to reduce their normal energy use in response to a price change or by a utility request.

Utilities want to integrate EVs onto the grid by controlling the timing of EV charging, pushing charging times later in the evening after the daily afternoon peak. Grid operators also see a future possibility of using EVs as large batteries connected to the grid. They envision EV batteries storing energy when resources have produced too much electricity, or they could supply the grid when supply dips. However, PGE admits that further study is needed to understand the viability and reliability of two-way EV charging and dispatch.

But relying on scattered ratepayer-owned assets during a time of dire and immediate need for power is a risky move. While this technology is great when powered up and on hand, its availability can’t be ensured.

Dr. Faruqui explained why relying on a significant amount of DERs may not be the best utility solution for an emergency or peak event.

During the winter it’s common for the weather to be cloudy for days with little to no wind throughout the Columbia River Gorge. For example, on January 5, 2009, wind in the Gorge suddenly dropped and didn’t resume for three weeks. Power generation at all 25 wind farms came to a halt.

Imagine on a cold night, Oregonians return home from work and crank up their heat, turn on their television, and begin making dinner. Energy consumption reaches near peak levels without the availability of solar or wind resources. Ratepayers’ rooftop solar arrays fail to produce power, and their small batteries have been drained. There is nothing available for utilities to take advantage of. If the utility failed to acquire sufficient baseload resources for peak demand, then emergency measures (which may include blackouts) will have to be taken.

Faruqui lives in California and owns a solar array. He explained that during critical times, there is often nothing to give back to the grid after using his battery for himself. During a recent California blackout, smoke from wildfires affected solar output and the wind stopped blowing. There were very few demand response programs that could match the need. Customers couldn’t lower the load enough and experienced blackouts. On these critical days, a DER owner would have a deficit for the same reason the whole grid has a deficit.

PGE should be careful with how reliant it becomes on demand response programs. PGE offers a Peak Time Rebate that will earn customers $1 for every kilowatt hour they reduce their energy consumption below their baseline during a peak event so that demand does not outweigh supply. This type of program is popular in California. However, it’s becoming less useful the more often it’s used. According to Dr. Faruqui, the more frequently customers are asked to reduce their load, the less likely they are to do it. This should be a strong warning for Oregon utilities and should warrant further study.

Finally, PGE included electric vehicles in its list of DERs that could make up around 25% of power needed on the hottest or coldest days of the year. The same article cites Oregon’s EV standard and says that “there are 35,000 electric vehicles on Oregon roads today, while the state has set a goal to reach more than 1 million by 2030.” PGE needs to consider actual EV adoption rather than planning EV integration based on Oregon’s EV policy goals. The state missed the 2020 goal by around 15,000 cars, and state agencies have predicted the 2025 or 2030 goals won’t be met, either.

PGE should continue studying and paying attention to increased DER deployment, but it would be a mistake to assume 25% of customers’ power during a peak event on the coldest winter night will be met by resources and programs whose availability cannot be ensured. PGE should commit to acquiring firm power resources to meet anticipated demand during a peak event. These resources can include nuclear power, natural gas with carbon capture technology, renewable natural gas, geothermal, or additional hydropower.

Dr. Faruqui believes the idea of a virtual power plant—the notion that customers have solar and storage resources that utilities can tap into on critical days—deserves attention and further analysis. But “right now,” he said, “it’s more virtual reality than actual reality.”