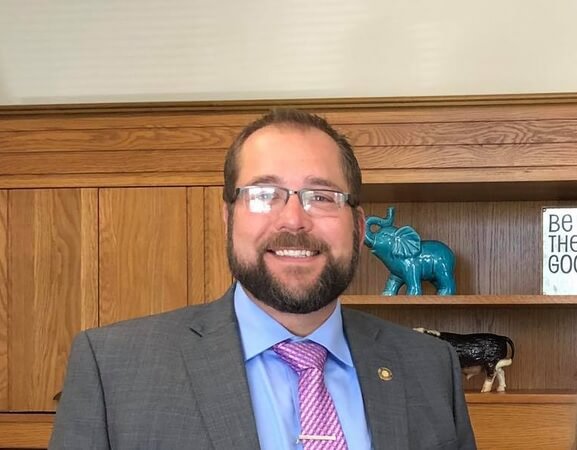 SALEM, Ore. – Representative Jack Zika (R-Redmond) announced today that he will not run for reelection due to family illness and personal health reasons.

“It has been my honor to serve as your State Representative,” Representative Zika said, “and we have accomplished so much for Central Oregon in the last three years.”
During the 81st Legislative Session, he served on the Rules Committee, Housing Committee, Ways and Means Subcommittee on Transportation and Economic Development, and is the Vice-chair of the Early Childhood Committee. Representative Zika also serves on the Governors Racial Justice Council, Racial Disparities in Housing, Early Childhood Caucus, and Joint Task Force on Student Success for Underrepresented Students in Higher Education.

Representative Zika has made strides in affordable housing as he passed legislation to develop more affordable housing in Redmond. He helped create the Department of Early Learning and Care, which will consolidate programs, expand employment daycare programs, and provide one-stop resources for parents and childcare providers alike. Representative Zika has also worked on legislation to help Central Oregon’s veterans; stewarded a ladder fuel reduction bill through the legislature that will direct resources from the Oregon Department of Forestry to fire risk reduction efforts; secured $13 million in funds for OSU Cascades; funding for infrastructure and other development within the district; funds for the Food Bank; and helped anchor $250 million for the Landlord Compensation Fund.

“This was a hard decision,” Zika said, “but I’m proud of all the work we have done together to bring much-needed resources for Central Oregon. I will forever cherish these memories and relationships, and I hope that anyone who runs for this position loves and appreciates this amazing community as much as I do. I want to thank each and every one of you for all your support, and I will truly miss being your State Representative.”

Representative Zika will serve out his term and continue to fight for Central Oregonians.