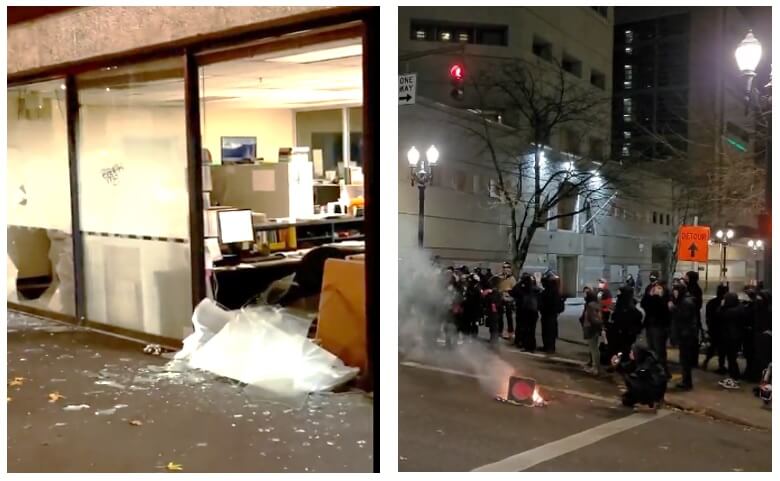 “There is a narrative that has been promoted that our institutions are irredeemably unjust if the verdict does not agree with the far-left progressive narrative. When Democrat politicians denounce decisions made by juries of peers, it emboldens those who wish to do violence and greenlights their activity. It is shameful.

“When the Democrats’ extreme base of supporters are convinced that institutions are unable to be reformed, even by the Democratic Party, which completely controls government, they consistently turn to violence as their course of action. When the national media and elected officials delegitimize the American jury system, violent people committing criminal acts are emboldened. Democrats’ response to the violence has been mostly silent. Their response lacks courage and is shameful.

“Even President Joe Biden initially had the decency to acknowledge, “the jury system works and we have to abide by it.” Oregon Democrats, including candidates for governor, instead chose to give cover to those who wish to do criminal acts against the people and our Constitution. Oregonians are fed up with Democratic politicians pandering to those who commit violence. Our justice system had a full airing of this case at trial and the jury made a decision based on the evidence presented.

“This violence against the people of Portland must stop. The vandalism, the attacks on law enforcement and journalists are criminal acts that must be denounced and prosecuted. I am concerned the violence and chaos will continue until Democrats join Republicans in standing up to condemn it. For over a year now, Democrats have refused to stand with Republicans in a unified voice to condemn these riots that have besieged Portland and its citizens.”