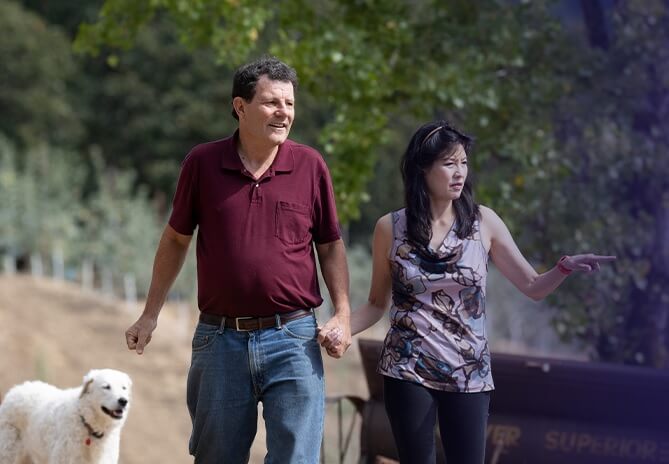 Don’t think this is going to be simple.

“Last week, Kristof met with WW reporters and editors at our office for the most extensive interview since officially entering the race. More than an hour later, he still remained an enigma … we still aren’t sure what he would do differently from those now in power – or why he seeks to govern the state where he now resides.”

Though they noted he was smart and friendly, there was an air of disappointment from WW reporters towards former New York Times columnist Kristof and his candidacy.

Media types are always envious of the other media types who dare to rise above their station and enter the political arena. It’s okay for a Rhodes Scholar orthopedic surgeon to run for the state’s highest office, but a Rhodes Scholar journalist is a different matter. Still, there’s more going on than just jealousy.

If Kristof remains an enigma to the WW reporters, it’s because the candidate may have some understanding that as a far-left progressive running in Oregon’s Democratic primary he can only stray so far from the public employment union line … or else! So he criticizes cautiously. Treads lightly. Sometimes he ties himself in knots as he did in this interview. Any attempts by Kristof to reform the public employee unions from within the Democratic Party will be a bit akin to Gorbachev trying to reform the Soviet Union from inside the Politburo. Good luck.

Most outsiders have no idea how powerful the public employee unions are in Oregon, and how their dominance of the state’s political culture and operation is total. Kristof, because of the party he hopes to lead, has to understand that and fast.

A brief review of the unions’ power: The Democrats (unions) have won 10 gubernatorial elections in a row, dating back to 1986. They hold all statewide offices and super majorities in both the Oregon House and Senate. When we are speaking of unions, we are talking about the three largest public employee unions in Oregon – the OEA, AFSCME and SEIU, some 160,000 state, county and municipal workers strong and capable of raising well over $100 million in membership dues per election. And all of it taxpayer money.

The unions’ dominance doesn’t stop with statewide offices; it extends to statewide ballot measures as well.

• In the 2008 election, $11 million was spent on statewide ballot measures. The unions spent $9 million of the $11 million and were consequently on the winning side of all the measures. (Source: Oregon Live)

• In the 2018 election, the six biggest donations to ballot measure campaigns, all of them over $100,000, came from the unions. (Source: Oregon Live)

• And in that year’s gubernatorial election, in response to the record $19 million Knute Buehler raised – including $3 million from Phil Knight, the unions responded by spending over half of the $40 million to re-elect Kate Brown. (Source: The Freedom Foundation)

To repeat, union spending to ensure that the Democrats have complete control in Oregon politics is paid for 100% by taxpayer money. That is the game. But in 2022, the unions, despite their extraordinary, unprecedented political power, are nervous about the coming election. The unions are now being attacked for the woeful condition of Oregon from the left, left-center and the right. Yet, they remain the greatest of state political dynasties.

So, even if the columnist is capable of raising $1.4 million to kick off his campaign from celebrities such as Melinda Gates and Angelina Jolie, he still has to tread carefully around the unions, both in fear of their organization (government workers) and their money (taxpayer dollars).

Kristof described his candidacy to Willamette Week as “not an indictment against any one person. I think it does reflect a failure of the system to help a lot of ordinary Oregonians.”

Kristof’s strongest case against the unions came in response to this question:

WW: Was it a mistake to close the schools for COVID?

Kristof: I think it was a mistake to vaccinate teachers and school staff before the independent elderly and still not open schools more broadly.

This bold moment on Kristof’s part (even though that statement probably polls at 90% approval) was immediately countered by a retreat letting the union bosses know that he is coming in friendship, not war paint. His follow-up answer on the power of teachers unions was an embarrassment in the lack of little intellectual or political logic from the two-time Pulitzer Prize winner.

WW: Does the teachers union in this state have too much power?

Kristof: I think we’ve been too focused on teachers unions as a metric of outcomes. I’ve had my arguments with teacher unions, and I’ve written about them. But as I’ve also noted, Massachusetts has strong teachers unions and some of the best K-12 outcomes in the country. South Carolina has some of the worst K-12 outcomes in the country and essentially nonexistent teacher unions. There were times when I’ve had very firm disagreements, but they also often have been part of the solution.

Hmmm. Some answer. Somebody’s playing somebody for a fool.

Massachusetts is a rich state, fifth in the nation in median household income and also the most educated state in the nation with 44% of its residents holding college degrees. Massachusetts is also home to the most prestigious colleges and universities in the world – Harvard, MIT, Amherst, Wellesley, Smith, UMass, Tufts, Williams, Brandeis, Mount Holyoke, etc. Educational outcomes in Massachusetts would be strong with or without the drag of the public employee unions on their product.

South Carolina is not a rich state, ranking 43rd in median household income with the sixth largest Black population in the country. The number of South Carolinians with a college degree is a whopping 20 percentage points below that of Massachusetts. Home environment is the number one determinant in educational outcomes. Period.

Most likely Kristof flunked this answer and chose to condescend because he knows he can’t get too far out in his criticism of the public employee unions. They are watching him very closely. So closely, in fact, that a recent Willamette Week headline read, “Nicholas Kristof’s Campaign Attracts First Elections Complaint. A Supporter of House Speaker Tina Kotek’s takes issue with the timing of Kristof’s legal opinion.”

The more important issue may be whether Kristof is actually eligible to run for governor in Oregon. Willamette Week raised questions last summer about whether Kristof met the three-year residency requirement as written in the Oregon Constitution.

The argument for Kristof being a resident, as laid out in the legal opinion prepared for him by the law firm Perkins Coie, is that he grew up in Oregon and has owned property here for a long time. The claim is that the language in the constitution doesn’t set out exact requirements:

That language seems quite precise to most people.

One obvious argument against Kristof being an Oregon resident for three years is that he voted in New York State in the 2020 presidential election.

Carol Butler, Kristof’s campaign chairwoman, immediately reacted to the complaint: “ … we expect this is just the beginning of groundless attacks from insiders.”

So much for detente with the unions. See how tricky this is?

So does Kristof qualify for the ballot under the three-year Oregon residency? Probably not. But it’s a toss-up how this gamesmanship will play out.

In the past, the Oregon State Supreme Court has time and time again backed up the unions whenever their political empire has been threatened. Our Supreme Court is not always a court of high justice, but more often a court where political types are parked in order to do the bidding of the unions.

Still, asking the State Supreme Court to remove from the ballot a homegrown New York Times far-left progressive columnist and darling of the OPB and Powell’s Books crowd may be a bridge too far even for Oregon’s Supreme Court.

This time the justices might not have the stomach to do the unions’ bidding.