Thank you to everyone who participated in the our final straw poll for the 2022 Republican Governor primary. This is the largest straw poll in our history with 6,906 votes cast! 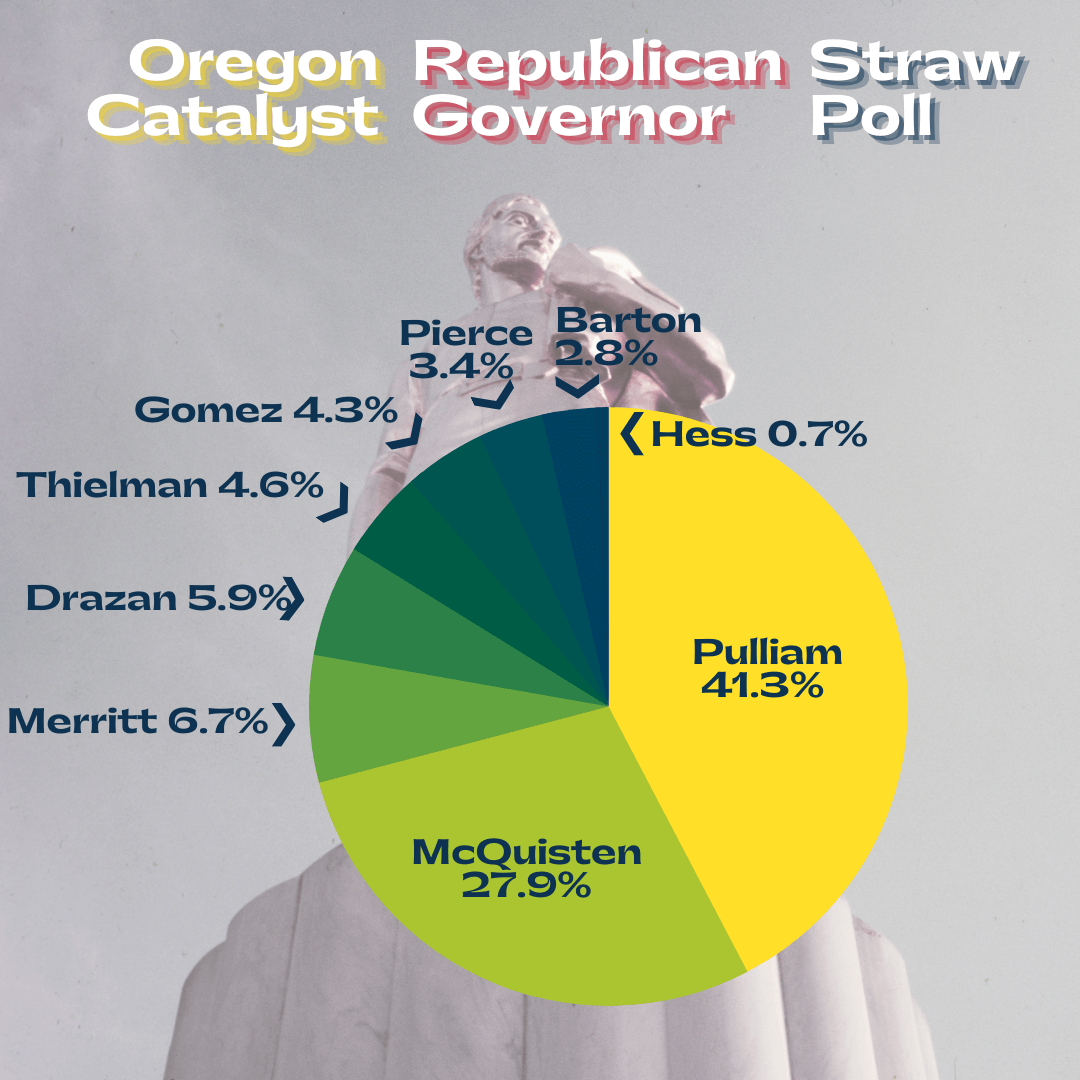 Stan Pulliam has won our last straw poll of the Republican primary for Oregon Governor with 41.3% of the vote.

Kerry McQuisten gained on her numbers from the previous straw poll, taking 27.9%. Brandon Merritt (6.7%), Christine Drazan (5.9%), and Marc Thielman (4.6%) are all new entrants into the race since our last straw poll from summer of 2021.

Bridget Barton (2.8%) and Nick Hess (0.7%) are new candidates rounding out the final results. All other options (not pictured) received 2.8% of the vote.

Below you can see a comparison chart for how candidates have performed over the three straw polls. 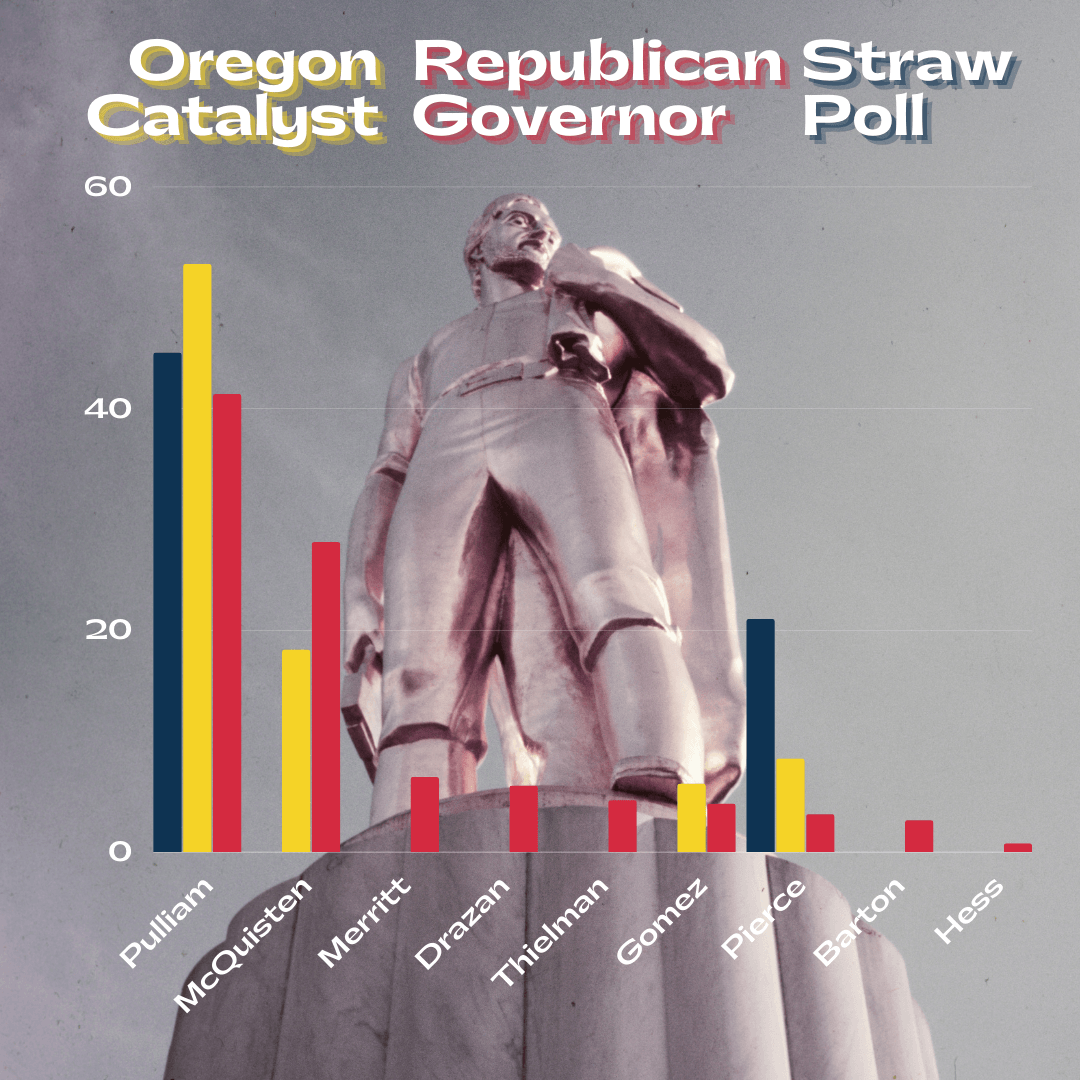 Notes: Some candidates were not running during the first two surveys. This is not a scientific poll. It’s a straw poll of self-selected Republicans who are likely to be somewhat informed about the current field of candidates. We are still four months away from the May 2022 primary election.