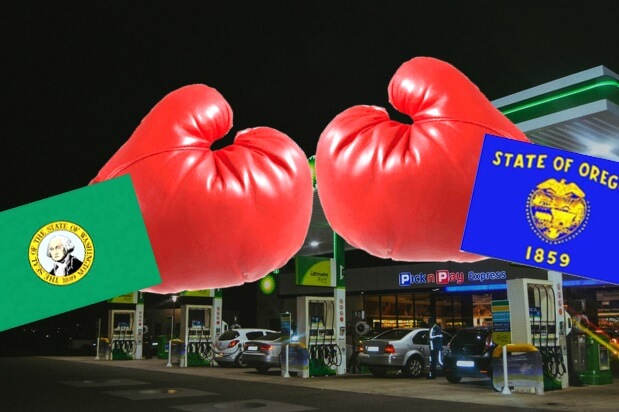 Washington’s Legislature is considering a gas tax on exported fuel into Oregon.  It will raise Oregon gas tax costs by as much as 6-cents per gallon.

This is a gas tax war that will serve only to mutual wreck each other’s economies.

Oregon Governor Kate Brown called Washington Governor Inslee to protest the gas tax and Tweeted out that it was “unacceptable”.

Meanwhile, Oregon lawmakers, Senator Lynn P. Findley (R-Vale) and Shelly Boshart Davis (R-Albany) pledged to walk away from the joint plan to replace the Interstate Bridge over the Columbia River if they Washington Gas tax plan is not dropped.