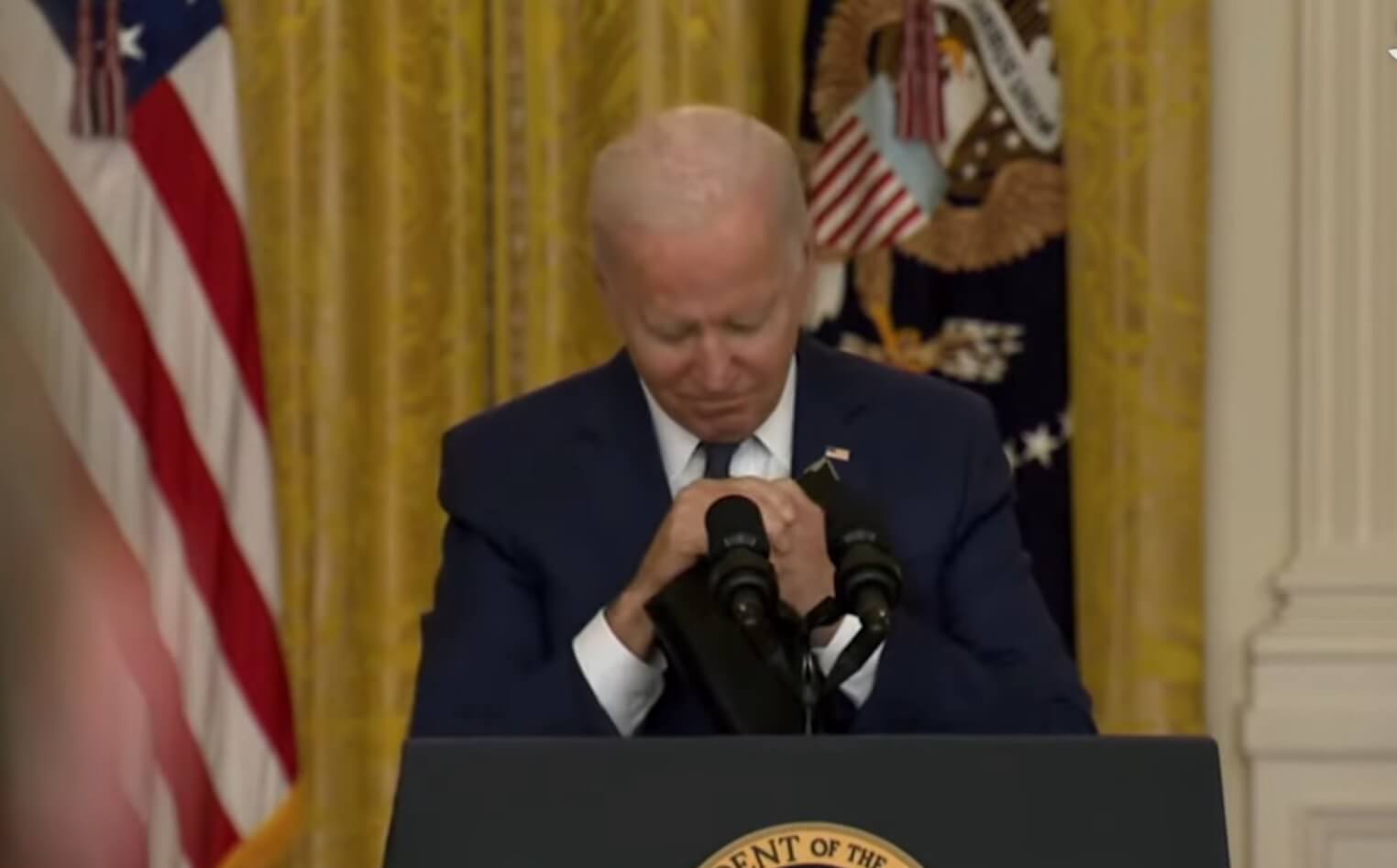 Now, it seems, we can add one more failure to Joe’s list.

The full invasion of Ukraine began, but Russia started moving troops to Ukraine’s border in March of last year.

What did Joe Biden do? Nothing good.

A disastrous pull-out from Afghanistan offered Putin proof that America’s Commander in Chief had no idea what he was doing.

Biden then invited Putin to invade the country. Don’t believe me?

I’ll quote Joe “It’s one thing if it’s a minor incursion and then we end up having a fight about what to do and not do.” A reporter gave Biden a chance to undo that latest blunder. ‘Are you effectively giving Putin permission to make a small incursion into the country?’. The president laughed and said, ‘Good question. That’s how it did sound like, didn’t it?’

Yes, Joe it surely did. And now it’s happened.

Biden cripples America’s energy self sufficiency as his first act in office.

Now we buy more than half a million barrels of oil a day from Putin.

But having run us into massive increases in the cost of energy, Biden vowed on Tuesday of this week as Putin’s invasion loomed…“I want to limit the pain the American people are feeling at the gas pump. This is critical to me”