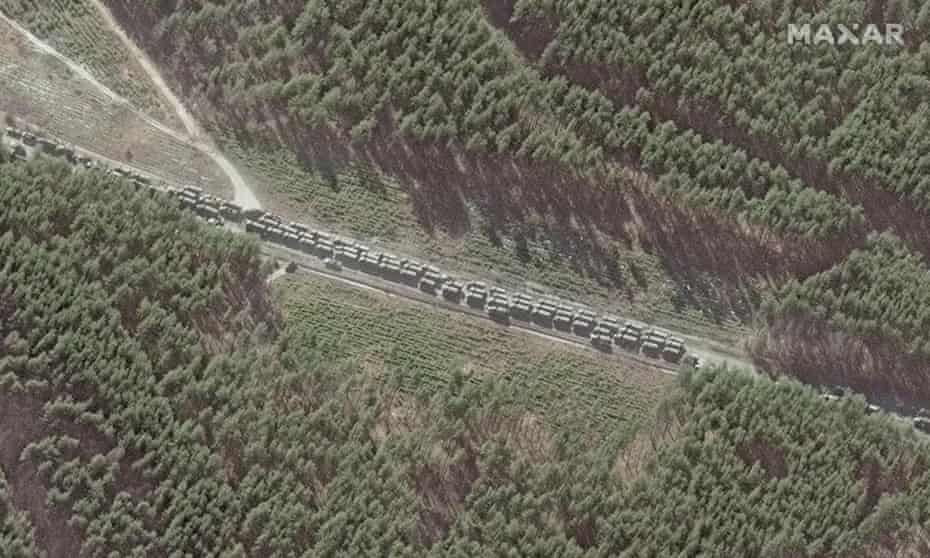 Many people are rooting for Ukraine these days, and that’s a valid thing to do on some level. The Russian invasion certainly presents a spectacle that deserves better viewership than any country vs country contest from the Winter Olympics in Beijing.

And strangely, there are conservatives among us (often of the “alt” type) that are rooting for Russia. That gets attributed to Russian propaganda, but I suspect it’s more like being anti-vaccine. Some people just naturally take the opposite position from what the college-educated believe, a form of class warfare, cultural class conflict.

I’m not with the QAnon wing of the Republican Party, but here’s a reason not to root for Ukraine: the notion that our security depends on a Western victory along the Dnieper River. The fate of Ukraine is not a factor in U.S. national security, because Russia doesn’t pose much of a threat.

It doesn’t for two reasons. First, Russia is an irredentist power, not a superpower. It seeks to recover lost territory, not rule the world.

Second, even if Russia wanted to rule the world, it’s too weak to follow through on that dream. Russia has a GDP of only $1.5 trillion. That’s less than one-tenth of American economic capacity.

Rather than show strength by invading Ukraine, Russia flaunts its feebleness, but you have to know what to look for. Amateurs study tactics. Professionals study logistics. Russia has shown itself incapable of adequately supplying its frontline units with ammunition and fuel to maintain momentum. Kyiv is only 97 miles from the Russians’ northern staging area in Aleksandrovka, Belarus compared to the 360 miles the First Marine Division had to advance from Kuwait to Baghdad in 2003. The Russian Army is struggling to keep the beans, bullets, and bandages flowing to the tip of their spear even when thrust from a neighboring territory.

Russia’s ratio of smart munitions to unguided projectiles looks more like how the United States fought our first Gulf War thirty-one years ago than the RMA doctrine General Tommy Franks employed to invade Iraq nineteen years ago. In the opening couple of days, Russia expended less than two hundred guided missiles and failed to achieve air superiority. Now they are massing artillery to shell cities like that’s the best they can do.

Think a few moves ahead after Russia eventually stumbles to victory in Ukraine. Occupying enough territory to install a puppet government would be a pyrrhic victory. Like the United States in Iraq, Russia will next face years of insurgency. The proven rule-of-thumb for the size of an adequate occupying force to pacify a hostile population is a one to fifty soldier to population ratio. The population of Ukraine is 44.13 million. An insurgency would require an occupying force of 882,600 Russian troops representing 87% of the Russian armed forces’ entire active-duty contingent. Good luck with that Putin.

So don’t make the analytic error I call the Risk Fallacy of Foreign Relations. In the old Parker Brothers game of Risk, when you conquer new territory, you collect more resources while only needing to leave one army unit to occupy. So your empire grows in strength with each new territory it occupies. In the real world, the opposite tends to happen. The more territory you conquer the weaker you get. Winning in Ukraine will make an already weak Russia even weaker.

We don’t need to support Ukraine to protect ourselves. We don’t need to levy sanctions against Russia for our national security. The United States would be better off if Russian gas flowed through Nord Stream 2 rather than face the higher prices of LNG arbitrage. This foolish move by Putin is not worth pouring our fine vodka down the drain. Like any other misguided big-government policy, America’s new Cold War imposes more cost than benefit.