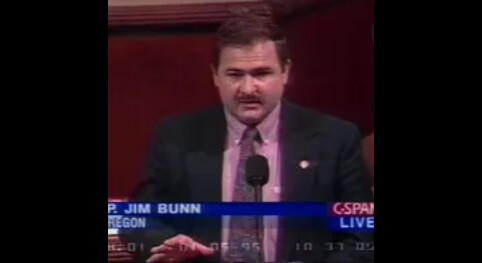 Jim Bunn is a voice from the past.  Jim Bunn is a former Republican US Representative (1995-1997) and Oregon State Senator from 1987 to 1995, where he served as Republican whip.  His brother around the same time, Stan Bunn was the State Superintendent of Public Education.   Both were popular until controversy hit them both and both failed to win re-election to their respective seats.  Jim Bunn went on to serve as a Sheriff’s deputy for many years.

As of this writing there appears to be no known campaign website or social media account set-up.