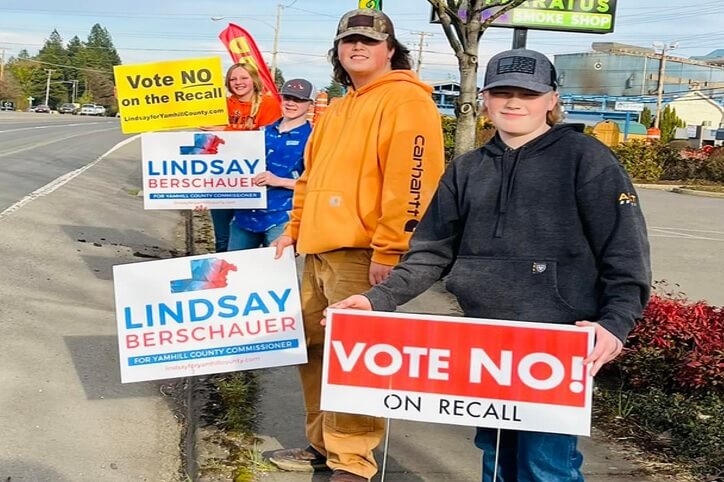 Lindsay Berschauer is a longtime community advocate who has been working for many years to fight for government transparency, lower taxes and efforts towards exposing government waste, fraud and abuse.

As soon as Lindsay became elected Yamhill County Commissioner, it was only a matter of months before the extreme liberal activists set their eyes on undoing the results of the election by recalling her because they didn’t like the way she voted.   This is the same tactic used by the same activist who lost the Newberg School Board election last year and then decided to regain control by recalling two Board members.  It was the second most expensive recall in Oregon history, funded mostly by outsiders like Hollywood industry celebrities and government unions.  Those two recalls failed.  Now we have a third recall launched by liberals, just weeks after the previous two failed.

Most of the groups that are trying to recall Lindsay are either government employee groups or politicians (current/former).  That’s right, the recall website features mostly politicians and government groups as the people endorsing/showing support against Lindsay.  It could not be more clear.

This recall is a political hit job by deep pocket liberals trying to undo an election.

Please go to LindsayforYamhillCounty.com to read more, volunteer or donate. 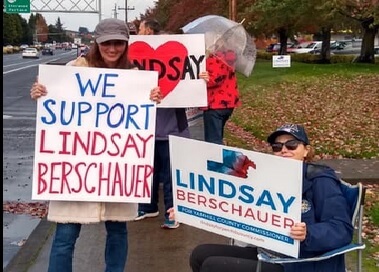 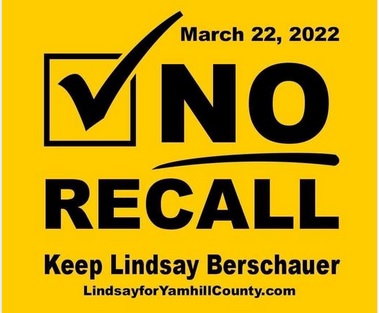