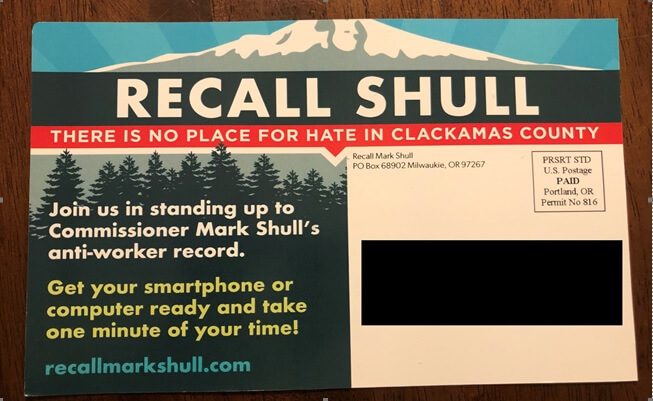 Liberals failed to recall two Newberg School Board members for daring to let go a School Superintendent who was not working for them.

Liberals failed to recall to Yamhill County Commissioner, Lindsay Berschauer, because she defended property rights, land-use laws and the Constitution over a trail project.

Now in people’s mailboxes comes this fifth recall attempt, the fourth in just the last 100 days.

Liberals are using the recall process to undo the election and void the will of voters by trying to unseat candidates who legitimately won.