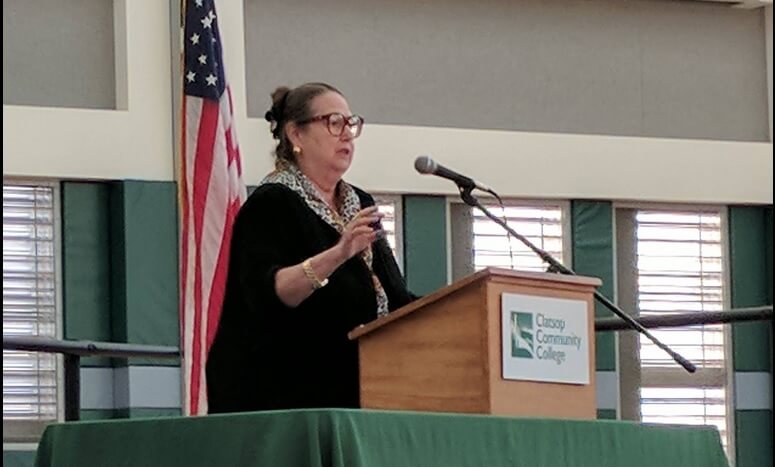 Betsy Johnson has $5.4 million raised in her campaign at this moment, making her the leading fundraiser of any Oregon Governor candidate by a million or two.

“A new Democrat-backed political action committee says it’s teeing up a messaging strategy against Johnson, a former Democrat who some in the party worry could siphon needed votes from their eventual nominee come November. The PAC, Oregonians for Ethics, says it’s going to explain to voters that Johnson’s record is more conservative than they might be comfortable with. “Former State Senator Johnson will not tell Oregonians about her positions against the environment and the fight against climate change, her working to thwart common-sense gun safety measures, her attacking the interests and well-being of working families and more,” said Debby Garman, a Hillsboro resident who is listed as the committee’s director. “We believe that for democracy to work, it is vital that voters have the facts. Over the course of the election, we will work to provide those facts to Oregon voters.” Oregonians for Ethics was formed in February, and to date has reported a single contribution: $49,500 worth of polling donated by the national Democratic Governors Association. History suggests much more money could be on the way. The DGA kicked in more than $2 million helping Gov. Kate Brown fend off a challenge in 2018.”

Even though Betsy Johnson is not on the May Primary, the race for Oregon Governor General election has started early.