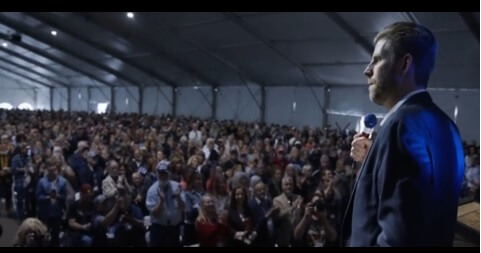 About 4,000 people attended the Reawaken America tour in Keizer Oregon hosted by by Thrive Time broadcast show.   Some of the top tier speakers were Trump’s son, Eric Trump, and former National Security Advisor Michael Flynn.  Attracting 4,000 attendees was impressive since media were reporting that general admission tickets were  going for $250.00 each.

Prior to the event, anarchists and Antifa pledged to disrupt the event, as several businesses closed down out of fear.  Warnings were issued to attendees to check their tires in the parking lot for spikes planted under them.  Anarchists did put in a minimal street protest but flopped overall.

#Antifa have been using Twitter to direct comrades from Portland and elsewhere to swarm a conservative event in Salem, Ore. featuring @EricTrump & others. They stalked Eric in a restaurant, posting video of his group & how much he tipped (25%). https://t.co/SnlS4EI78p pic.twitter.com/Rtm8OM6bDE

One of the speakers near the climax of the event included, Sean Fuecht, a top-selling Christian artist who held many outdoor concerts during the pandemic to rally behind the right-to-worship.  We previously reported, on how Sean came to Portland during the pandemic where anarchists, once again, tried to derail the religious concert and failed (again). Others speakers were retired General Michael Flynn, and Trump’s personal Presidential photographer Eugene Ho who shared a more up-close personal story of the former President. 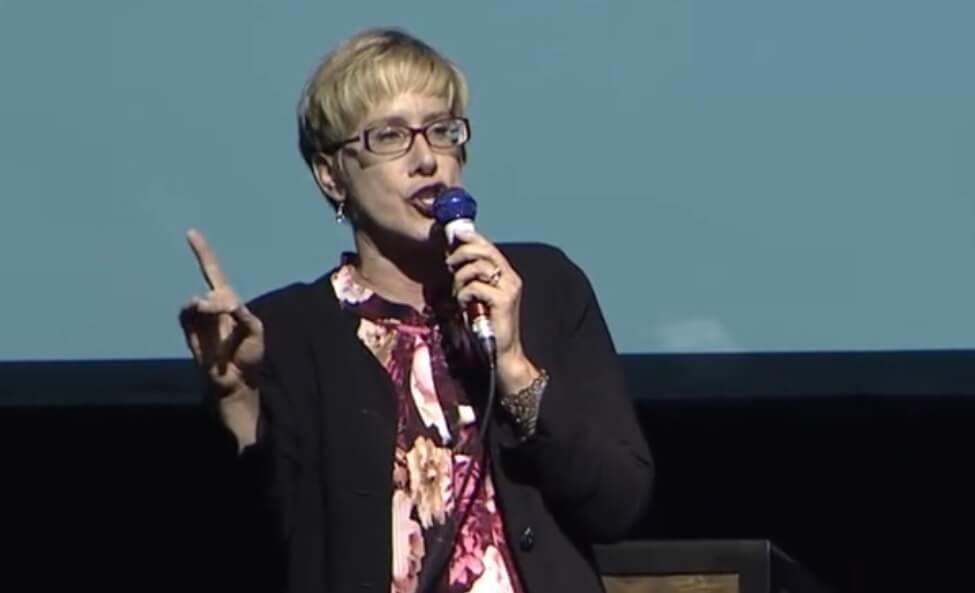 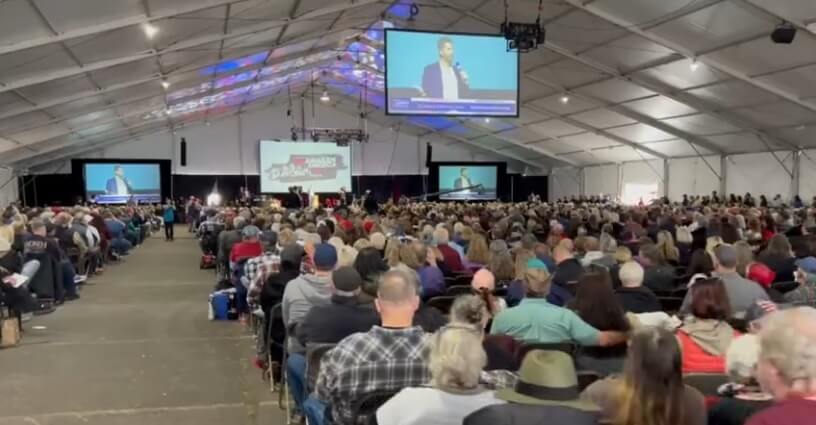 The event was recorded and featured on Rumble.