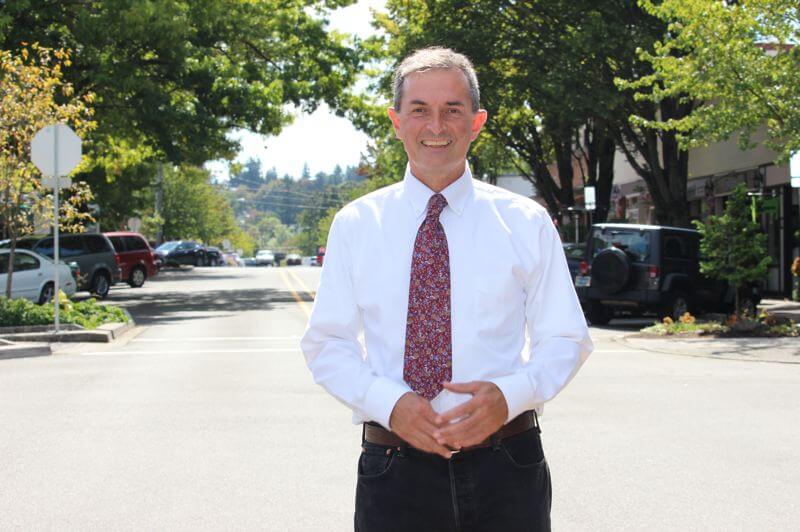 Whenever I’m disappointed with the crop of candidates running as Republicans for the Oregon legislature, I remind myself of the dictum that, from the set of people that don’t generally think of government as the answer to every problem, we ought not to expect the best and the brightest to run for public office. Bob Clark’s candidacy for House District 41 is a welcome exception to that trend. Perhaps you’ve seen his thoughtful comments under Oregon Catalyst articles.

Bob is a native Oregonian, at least from a pro-life perspective. Though Bob was born in Detroit, Michigan, he was conceived in Portland, Oregon. During the Korean War, Bob’s father was drafted into military service but served in the Pacific Northwest where he met Bob’s mother and visited her on weekends in Portland. While in gestation, Bob moved to Detroit, but his family moved back to Oregon when he was three months old because his Mom didn’t like motor city, and Bob’s dad landed a longshore job in Portland. Bob grew up in Tigard, Oregon so long ago that his family was actually forced to move from the four acres they lived on when Highway 217 was built.

Bob is also locally educated. A Tigard High School graduate, he attended Portland Community College for two years while working part-time and living in his parents’ basement. Bob then transferred to Portland State University, majored in economics (with lots of coursework in mathematics), and earned a Bachelor of Science in economics. He first worked full-time in insurance. After a year of that, Bob re-entered Portland State University to earn a Master of Science in economics.

Bob spent most of his professional life in government. After graduating with a master’s degree, he worked in a temporary position as a statistician at the Oregon Workers Compensation Division. From there, Bob applied and landed a job with the Bonneville Power Administration as an energy economist. In the early 2000s, Bonneville offered select employees an early retirement package which offered enough pension income to allow Bob to explore other passions such as piano and occasionally writing about general topics of government policy. Bob didn’t stay retired for long. In 2008 he joined the Oregon Public Utility Commission as a staff economist and quickly moved up to senior economist.

He is fully retired again, and yet, Bob has remained actively engaged in Oregon’s policy questions. The Oregon House rarely has members that are so well versed in the issues as Bob Clark.

I hope he ends up representing House District 41 in Salem. I sense a wave is cresting that will make a Republican voted into office by Milwaukie no longer an unthinkable outcome. There are no guarantees, but in 2022, what was once implausible is becoming more possible than in recent memory.