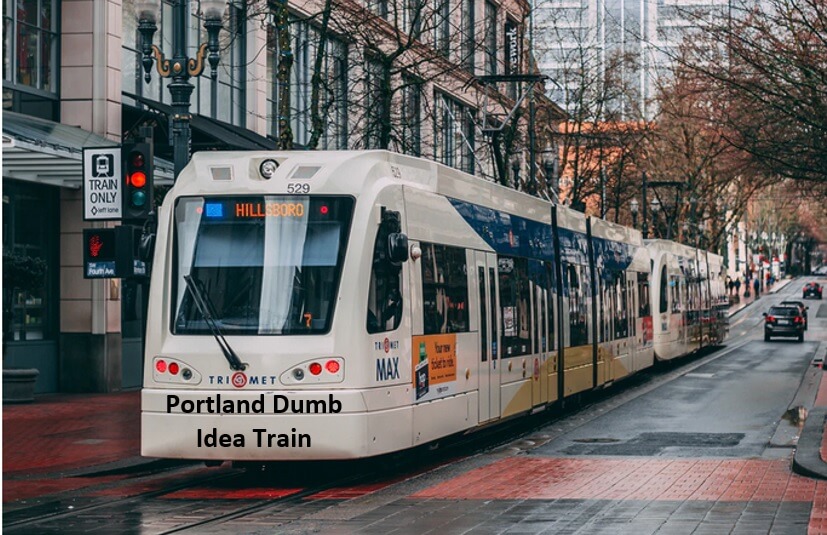 Elected elites have no right to jam billion dollar light rail to Vancouver down the throats of voters and I plan to fight it.

Are you in it with me? Let me persuade you.

The usual suspects saw Joe Biden’s visit to the Northwest as the perfect opportunity to announce that they will tie light rail we DON’T NEED to an Interstate 5 Bridge we DO NEED.

Here’s why sensible people should oppose that.

Light rail killed the last Columbia River I-5 bridge after 10 years of effort and 200-million wasted taxpayer dollars that only produced a pile of studies.

Vancouver voters said no to light rail the last time they were allowed to vote.

Tigard voters said no to light rail on their last vote. Elites in office are doing it anyway…at more than 3 billion dollars in cost for a project that’s literally shrinking while they build it .

Light rail costs about 20 times as much money as a comparable high speed bus system.

Yet the usual suspects…C-Tran, the failing Trimet with its exaggerated promises of ridership, disproven for decades, and Vancouver’s Mayor Anne Ogle have decreed that citizens will embrace this failed, 19th century technology…and pay for it…and accept the lies that always go with it.

I propose we tell these people to pound sand.