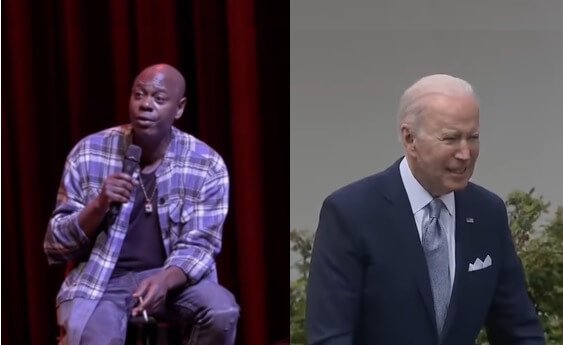 Comedian Dave Chappelle and President Biden were in Portland during the same 48 hours.

Calls went out online to protest (hint: riot), but they didn’t materialize.

Andy Ngo reported “Unable to organize enough of a resistance to Dave Chappelle’s Portland, Ore. tour stop on April 20, #Antifa are now just encouraging their comrades to yell at women who attend the show at the Moda Center.”

This brings up some questions:

– Has the anarchists movement burned out?

– Has the recent string of rioter prosecutions finally taken its toll?

– There were riots in Portland last weekend (fire at police station, businesses vandalized) but not when two big controversial names come into town days later.  Interesting.