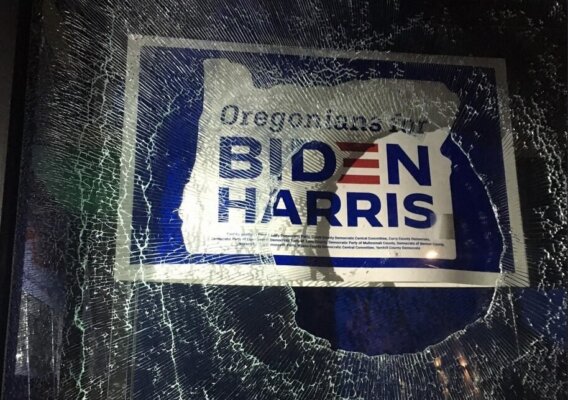 A few days ago the Portland protesters and anarchists attacked the Portland Democrat Office by bashing windows and tagging the building with graffiti. 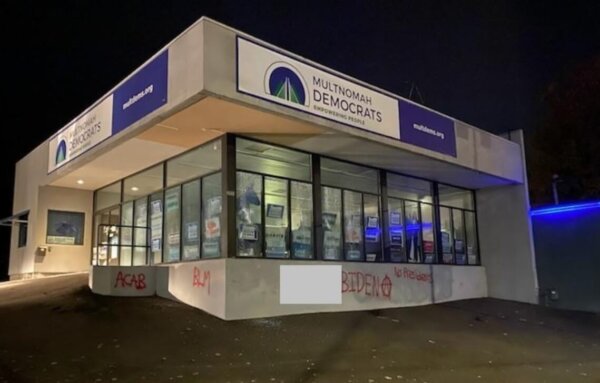 “Several members of the group began to tag the Multnomah County Democrats building with graffiti and broke out several of the building’s windows. After engaging in criminal activity, the group quickly left the location and headed back southbound towards Laurelhurst Park. As the group fled from the location, Portland Police arrived on scene and made targeted arrests of subjects who had engaged in criminal activity. The remainder of the group dispersed into the neighborhood.”

Vice Chair of Multnomah County Democrats, Rachelle Dixon suggested that it was possibly Trump supporters even though several of the anarchist were arrested at the scene.