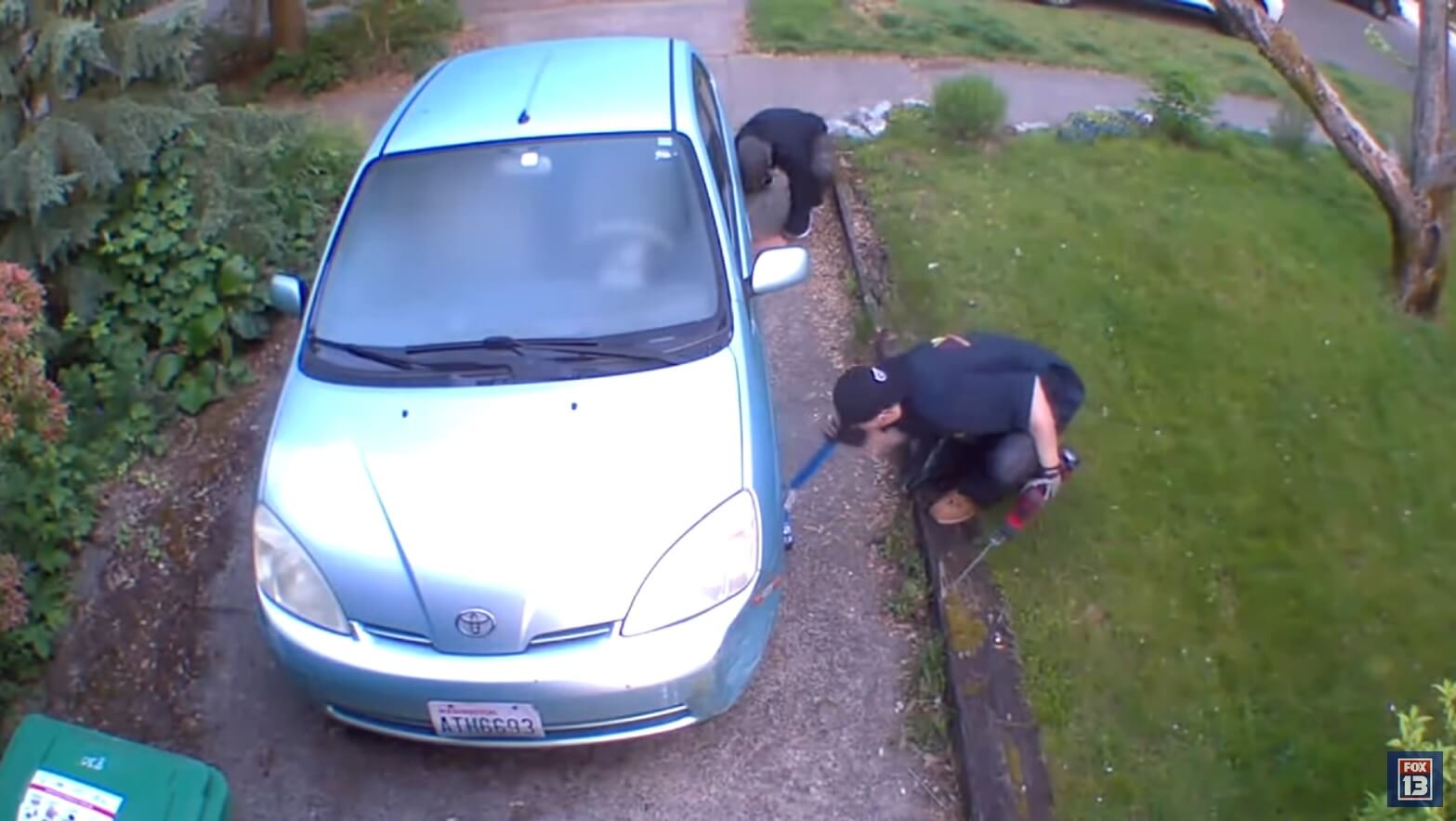 The theft of catalytic converters, which contain precious metals inside to clean gas emissions, has soared 270 percent in Portland during the past five years, with 4,908 thefts reported last year, according to the Portland Police Bureau.

Portland isn’t alone. Oregon ranks sixth in the nation for thefts of catalytic converters, and the nation has seen a huge increase in crime during the past two years.

Eugene has seen a spike in catalytic converter thefts.

In 2019, State Farm, the largest auto insurer in Oregon and the nation, paid $32,600 for 24 catalytic converters in processing theft claims, according to the Oregonian/OregonLive. In 2021, the insurer paid $1.9 million for 1,311 claims in Oregon. And nationally, State Farm saw claims for catalytic converter thefts jump from $4.6 million to $62.6 million during the same two years.

Thieves primarily target gas-electric vehicles for the converters, which contain platinum, rhodium, and palladium that can be used in electronics, jewelry, and pharmaceuticals or for new catalytic converters. Rhodium trades for about $18,000 an ounce, up from $3,000 in 2019.

A new Oregon law that took effect in January is designed to curtail the sale of the stolen auto parts commercial, licensed metal recyclers with permits to extract the precious metals. The new law also requires them to record the make, year, vehicle identification number, and license plate associated with catalytic converters they purchase. Sellers also much show proof they owned the car. Wrecking yards also are prohibited from buying catalytic converters from peddlers who approach them.