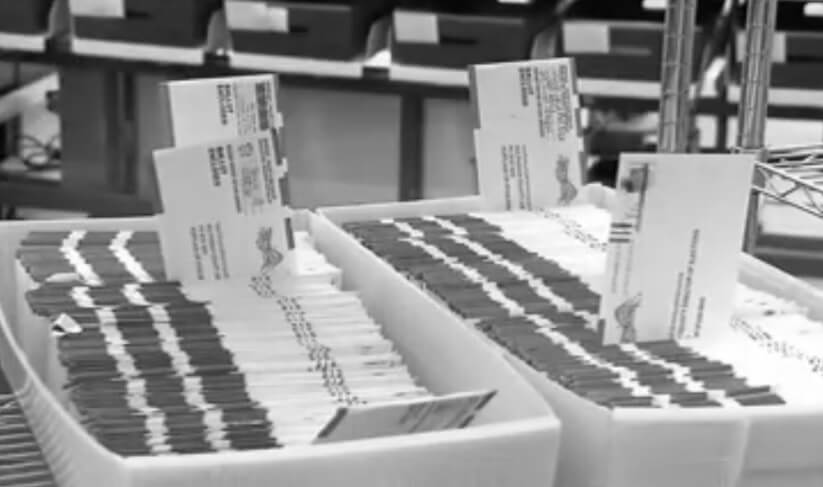 One Oregon county is the canary in the coal mine of vote-by-mail and its dying.

So, consider the crash and burn in this week’s primary election in Oregon’s third most populous county, Clackamas.

The County ordered ballots from a private company that managed to print bad barcodes on two thirds of the ballots…and discovered it was FUBAR too late to fix it.

County Chair Tootie Smith told me the private company screwed up but will still get paid.

Smith says the county’s elections staff missed the mistake, and has known about it for weeks and refused help that was offered but they’ll still get paid.

Sherry Hall, the elected county clerk is unapologetic about the mistake and Chair Tootie Smith won’t even suggest she step down.

Now, the county is hiring 80 workers to do 11 hours a day till the whole mess is cleaned up…maybe by mid June and guess who gets the bill?

That’s right. You and me, the taxpayers.

Voter faith in elections get damaged, results delayed up to a month, a big bill to fix it and no one gets fired.

Does that sound like the government you expect and deserve?