In the one year anniversary of George Floyd’s death in Portland.

During the day some left peaceful messages… 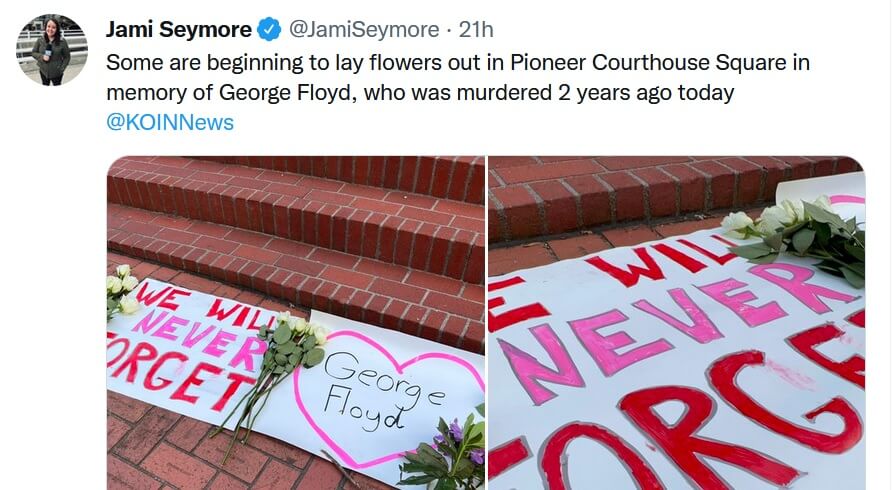 While others … like the 50 mostly-masked people who marched in downtown Portland, decided to vandalize and leave death threats on public buildings and monuments.

Some of the messages left behind were to “Kill cops”, burn down courthouses and to kill Oregon journalist Andy Ngo.

As always, protesters blocked traffic, harassed motorists and dumped garbage into the streets. 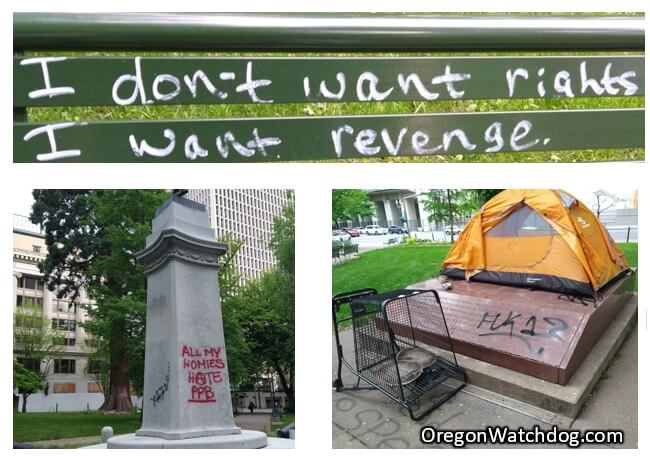 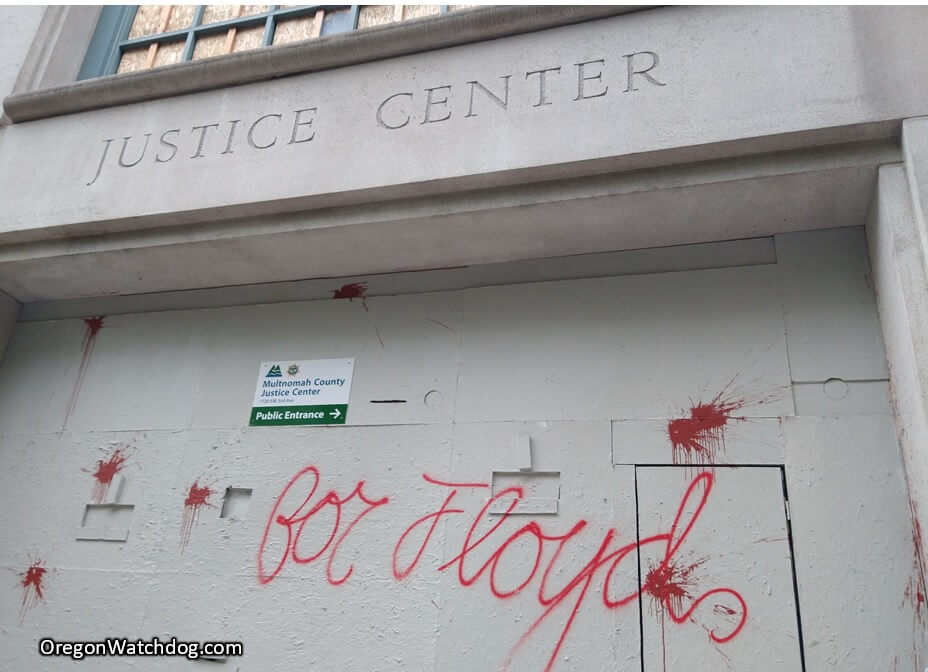 Here is the entrance to the police precinct headquarters, which has been turned into a fortress of plywood. 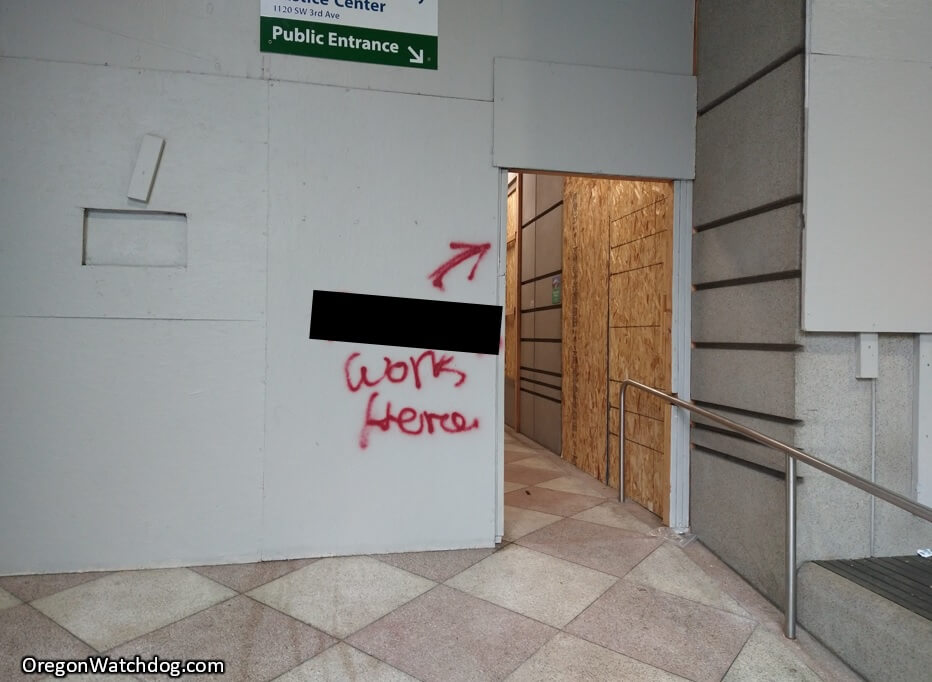