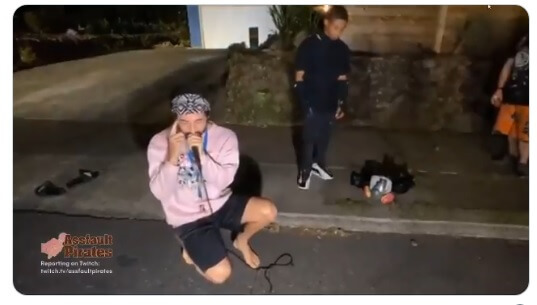 The Multnomah Sheriff’s Office in Portland has been o e of the most protested, vandalized and besieged buildings in Oregon.   This week a rap artists, Sean Lopez, was singing about killing the colonist in your head when the police swooped in and made an arrest for someone nearby.  The short clip reveals how bizarre some of these protests are.

Portland tonight: BLM protest rapper, Sean Lopez, was doing an impromptu concert when cops rushed in and made an arrest. #PortlandRiots #antifa pic.twitter.com/2xR5IaJZ8J