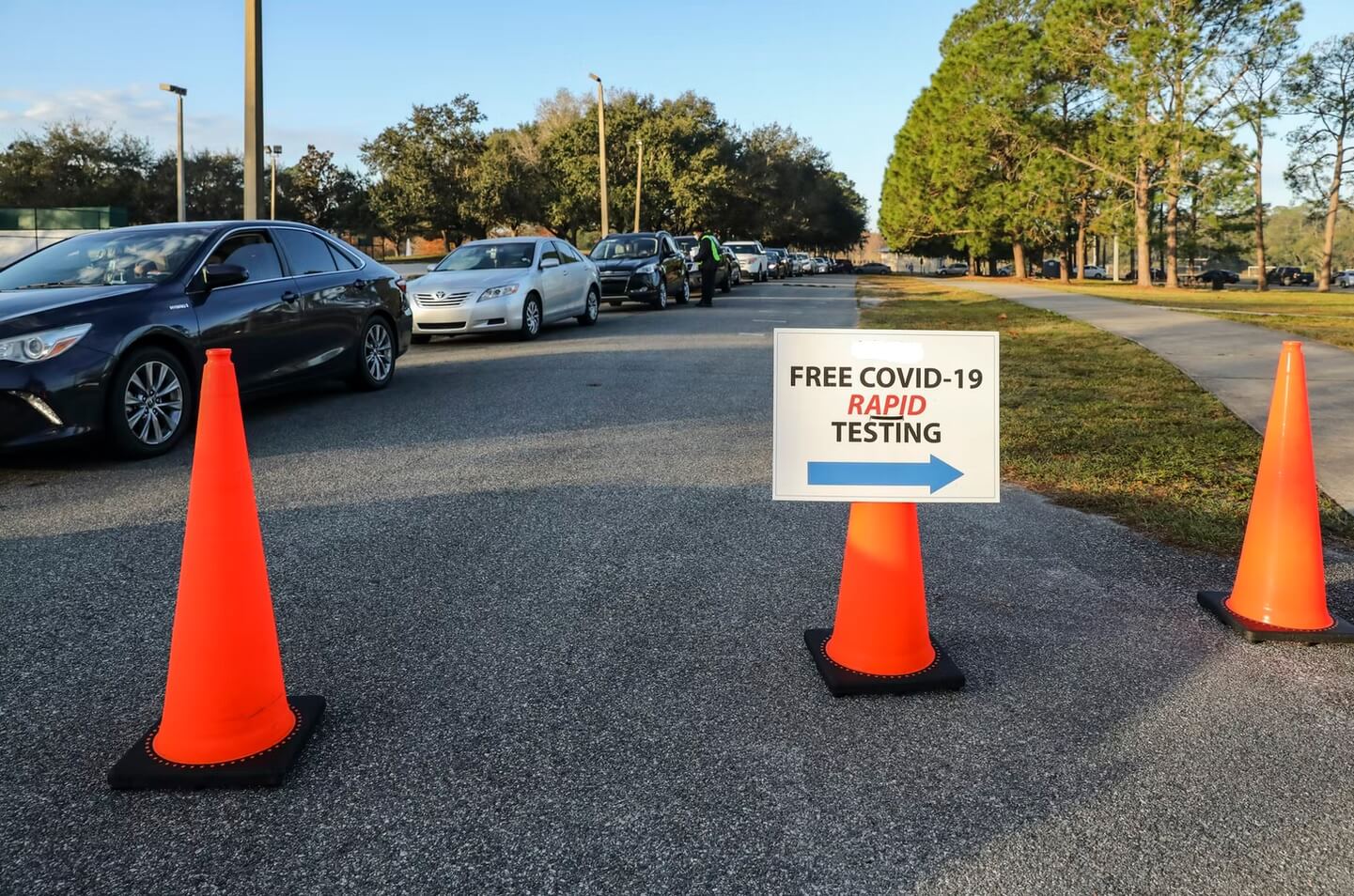 With Covid-19 on the rise in Oregon, GS Labs apparently sees an opportunity to rip people off again.

In January, a GS Labs Covid-19 testing site popped up at a former restaurant at 10935 SW 68th Parkway in Portland. Now it’s back. And, as before, it’s charging exorbitant rates.

Its practices are particularly egregious since the federal government will send people Covid tests for free.

The government announced its most recent free test program on May 17, 2022. U.S. households are now able to order an additional eight free at-home tests at COVIDTests.gov—bringing the total number of free tests available to each household since the start of the program to 16.

When I stopped by GS Lab’s testing site on Friday, May 20, a worker told me I needed to schedule an appointment online. The basic test cost (“The cheapest option”, he said) would be $179 for a rapid antigen test. A standard PCR test, which would take a couple days to get results, would be $229; a rapid PCR test would be $299. All would need to be paid for in advance online. GS Labs does not accept Medicare, he said.

The GS Labs website for an appointments at the 68th Parkway location notes,:“Apple Health(WA), Medicare/Medicare Supplement Plans, Medicaid, Tricare, GEHA, VA Plans, Bridge Plans, Oregon Health Plan (OHP) are not accepted. We also do not accept and will not file any claims to an auto, dental, life or vision policy.”

The general GS Labs appointments website allows visitors to pick a location in 10 states across the country (sadly, that’s up from eight in January), view available appointments and select a payment option. Unfortunately, GS Labs has set up five testing sites in Washington, including one in Vancouver.

City+Ventures was founded in 2012 to pursue strategic business and real estate opportunities both locally and regionally. Two men, Danny White and Chris Erickson, co-founded the company and are now co-owners. White has a B.S. in Business Administration from Skidmore College in New York. Erickson has a B.S. in Civil Engineering from Iowa State University.

The company’s website says, “We are a group of business savvy, community-minded individuals who invest our time and capital into developing, enhancing, and promoting growth in companies and communities.

Based on its covid testing practices, “business savvy” might apply, but clearly not “community minded”.

Some health insurers have refused to pay GS Labs’ fees, contending that the laboratory is price-gouging during a public health crisis, the New York Times reported in Sept. 2021.

A Blue Cross plan in Missouri sued GS Labs over its prices, seeking a ruling that would void $10.9 million in outstanding claims. In August 2021, the insurer claimed that the fees were “disaster profiteering” and in violation of public policy.

Suburban Seattle-based Premera Blue Cross sued GS Labs on Oct. 14, 2021, alleging that the company was exploiting the COVID-19 pandemic by overcharging for COVID-19 testing. Premera alleged that GS charged prices ranging from $380 to $979 per test, which often amounted to 10 times more than what other labs were charging.

Premera further alleges GS Labs “peppers its claims with falsehoods,” including false diagnoses to get higher payments, and it frequently fails to maintain high quality levels in its testing and reporting of results.

According to Pharmacy Practice News, Premera’s suit alleged that GS Labs has improperly filed claims for more than $26 million worth of COVID-19 tests. Blue Cross and Blue Shield of Kansas City, which filed a lawsuit against GS Labs in July 2021, alleged that the lab provider billed $9.2 million in improper charges for COVID-19 testing.

In an Oct. 2021 interview with the Omaha World-Herald, Chris Erickson said he and his partners are proud of their testing business. He said it helped consumers navigate an unpredictable pandemic at a time of inadequate testing options. Fees billed to insurers reflect a high level of service and the cost of building an infrastructure of equipment and trained personnel in an “insanely short period of time,” Erickson said.

It’s not just insurance companies that are less then enthralled with GS Labs.

Indeed.com reviews of working for GS Labs are largely harsh. Typical are the following:

“… it is clear, they work with no morals, no ethical treatment of employees and you are just a number…Greedy company,”

“It’s almost like being in middle school. If you are lazy, unmotivated and are just looking for a paycheck, then GSLabs Omaha is the place for you.”

“Patients are being lied to just so this company can make a profit.”

That just about says it all, I think