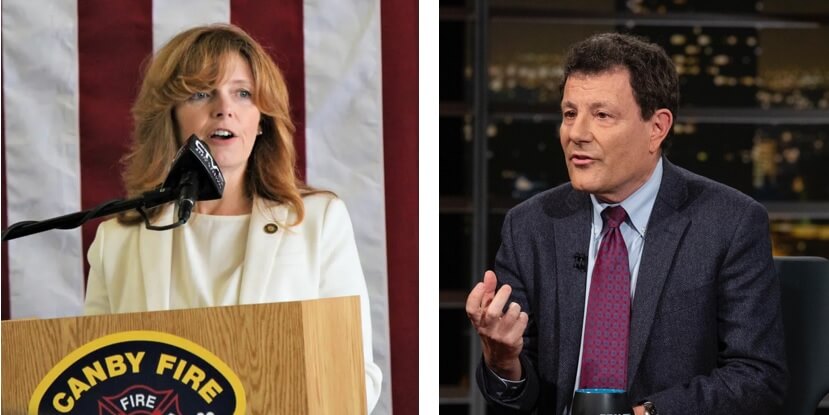 This week is a milestone week in Oregon’s Governor’s race with two big announcements.

First, the highest ranking Republican candidate, State Representative and House Minority Leader Christine Drazan officially entered the race.   Drazan is a previous winner of the Taxpayers Association of Oregon’s Thomas Jefferson Award for her work in defeating the 2018 and 2019 Oregon Carbon Tax along with her colleague then State Senator Herman Baertschiger.  Drazan’s announcement this week stated

“I will keep our schools open full-time and get back to basics in the classroom, give parents a forum to be heard, and leave the politics at home where it belongs. I will stop treating police like criminals and criminals like victims, and if officials in Portland refuse to act to quell nightly riots and bring peace to the streets, I will. I will tackle Oregon’s affordability crisis and the skyrocketing cost of living that is squeezing middle-class families and stifling economic growth. And I will finally put an end to the top-down mandates that have isolated Oregonians and shuttered our small businesses.”

Here is the argument he faces.  Oregon state law says candidates for governor must be state residents for at least three years before elections. When Nicolas Kristof registered to vote in NY he had to swear he was a resident there. Under penalty of law. “$5,000 and/or jailed for up to four years”  By his own sworn, signed statement in his voter registration affidavit he was a resident of NY.  As a sworn resident of New York voted in New York State as recently as 2020.

On the registration form you have to swear to your residency by signing the form.

“Affidavit: I swear or affirm that • I am a citizen of the United States. • I will have lived in the county, city or village for at least 30 days before the election. • I meet all requirements to register to vote in New York State. • This is my signature or mark in the box below. • The above information is true, I understand that if it is not true, I can be convicted and fined up to $5,000 and/or jailed for up to four years.”

Kristof, by voting in New York as a registered NY voter in 2020 was not also a resident of Oregon in 2020.

ALSO THIS WEEK IN GOVERNOR NEWS:

Stan Pulliam first one to debut campaign ad in 2022