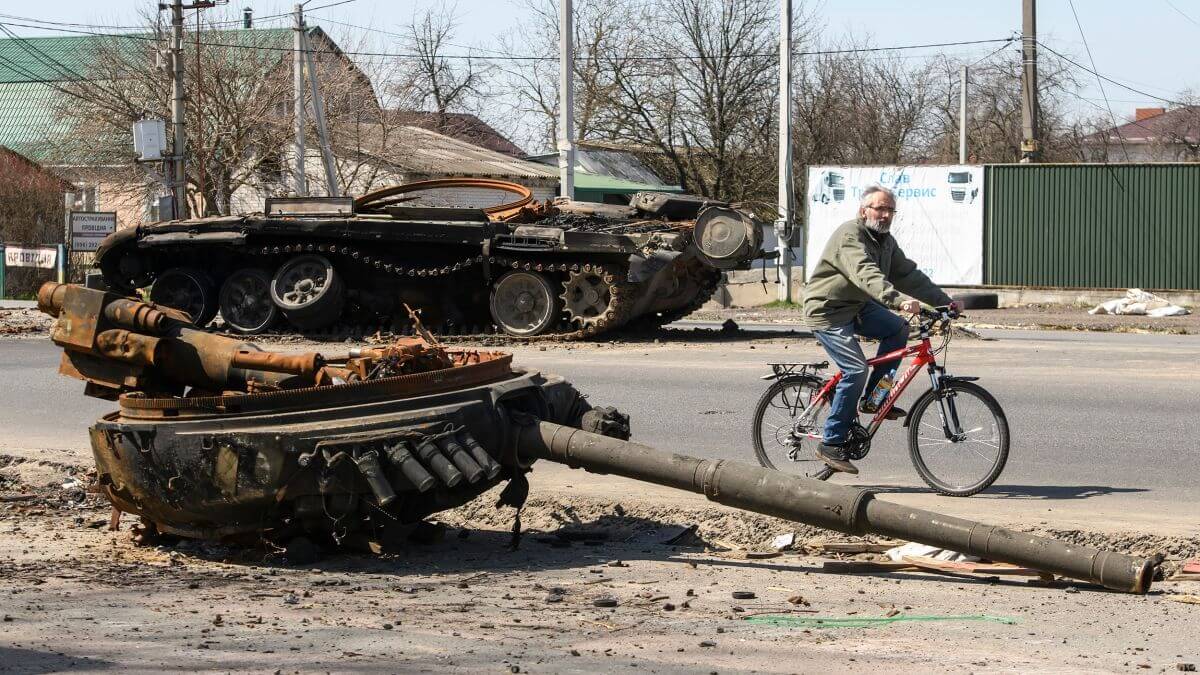 Earlier this week, representatives Seth Moulton (D-MA) and Mike Gallagher (R-WI) co-authored a bipartisan op-ed in the Wall Street Journal titled Send In the Marines for a Modernization. Six other members of Congress cosigned the opinion piece that defended Marine Commandant General David Berger’s Force Design 2030, a modernization of the Corps that has spurred a healthy debate. What all eight signers have in common is that they are former marines.

Central to this debate has been whether the Marine Corps should own and operate tanks. The last marine tank battalion stood down a year ago.

The question is really: have tanks come to an obsolescence that their predecessor, horse-mounted cavalry, found itself in a century ago. If so, armor advocates are analogous to Major General John Herr.

Between the two world wars, the U.S. Army struggled to afford both maintaining a stock of horses and the well-trained soldiers with equestrian skills that could maneuver these animals on a battlefield while also procuring and training with something new: the tank. On March 26, 1938, Herr became the Army’s Chief of Cavalry. This position also put him in charge of the new armored units. Holding this command for nearly four years, Herr curtailed the development of American capability in armored warfare to protect the troop strength and budgets of the cavalry units he better understood.

Tanks are a British invention. Originally called “landships,” we English speakers call them “tanks” because when they were first deployed to France, to keep them secret, the British manifests documented the shipment of water tanks.

From their combat debut at the Battle of Flers–Courcelette on September 15, 1916 until the Second World War, tanks were used as an infantry support weapon, providing a survivable maneuver option across the trenches in the First World War. Tanks could engage fortified machine guns to enable forward movement by conquering infantry.

After the Great War, German General Hans von Seeckt conceived a strategic value for tanks beyond the tactical use the British pioneered. Studying his country’s loss, Seeckt realized that man and animal power could not travel the distances required at the speed required for strategic maneuver before opponents’ interior lines created a force ratio favorable to the defender. He realized that a German army could not walk on foot or ride on horseback fast enough to Paris, let alone Moscow, to envelop the enemy at the operational level.

Seeckt realized the solution to this mobility-at-distance problem was the internal combustion engine. Tanks could provide the primary firepower for fully mechanized units that would give the German army longer reach, penetrating the defenses of Germany’s future enemies before France, Britain, and Russia could react.

Seeckt was mindful that fast-moving units would leave their heavy artillery behind. To solve the problem of fire support, he looked to the airplane. To connect mechanized units with air support, Seeckt’s Reichswehr mastered the use of new radio technology.

While the U.S. Army was too busy breeding horses, Seeckt prepared Germany for modern armored warfare. His military vision was published in the 1921 book Führung und Gefecht der Verbunden Waffen (Leadership and Battle with Combined Arms) which outlined the future tactics and operational doctrine that swiftly conquered France two decades later, well after Seeckt died an old man in 1936. By 1940, the French and their British allies still used tanks as infantry support weapons that could not maneuver any faster than their foot-mobile riflemen and horse-drawn artillery. The army that Seeckt built and trained despite the Treaty of Versailles simply moved too fast for the Allies at the beginning of the Second World War.

During that war, it was General Heinz Guderian that carried Seeckt’s vision forward in real combat. Yet Germany would lose again, for a variety of reasons, prominent among them: the Allies would eventually absorb this doctrine and deploy mechanized divisions against the Third Reich, protected by air support.

Following WWII, the main battle tank held a central place in 20th-century armies. It reached its peak in 1967. Israeli tanks, supported by the Israeli Air Force, reigned supreme in the Six-Day War.

That soon changed. For years, tanks had faced man-portable missiles that were very short-ranged and relatively inaccurate. When Israel fought a rematch with its Arab neighbors in the 1973 Yom Kippur War, Egypt, Jordan, and Syria were equipped with a new guided anti-tank missile with a three-kilometer range: the Sagger.

An arms race has followed the Yom Kippur War, a race between missile manufacturers and the designers of tank armor. Tanks also now employ active defensive systems like the Trophy that Israel developed after the 2006 war in Lebanon to counter Hezbollah’s 9M133 Kornet missile, which is basically the Russian equivalent to America’s TOW missile. Today, Trophy is mounted on U.S. armor.

Now the tank faces death from above. The horizontal trajectory of traditional anti-tank guided missiles has been manageable for half a century, but top-attack weapons, like the Javelin Missile, aim at the much more lightly armored top. Like ballistic missiles, the mathematics behind a top-attack trajectory may prove too complicated for a countermeasure to reliably repel. With the emergence of loitering munitions, infantry no longer have to be within sight of the tank to fire a new generation of projectiles. These autonomous drones may do to the tank what the machine gun did to horse-mounted cavalry.

The future of the tank will depend on the development of countermeasures to protect against autonomous top-attack missiles, and there is no promise the tank will regain the balance of firepower if swarmed volleys of low-cost, highly accurate loitering munitions diffuse to the armories of every adversary we may face. Planning for future combat needs to be less like Major General John Herr and more like General Hans von Seeckt. We cannot be romantically attached to the tank because it’s what we have known for so long. The United States will need better options if we find ourselves in a fight with an advanced adversary that has made our tanks obsolete. So far, the Marine Corps appears to be the only branch that is innovating such options. As a former marine myself, I admire General Berger, for taking these risks.