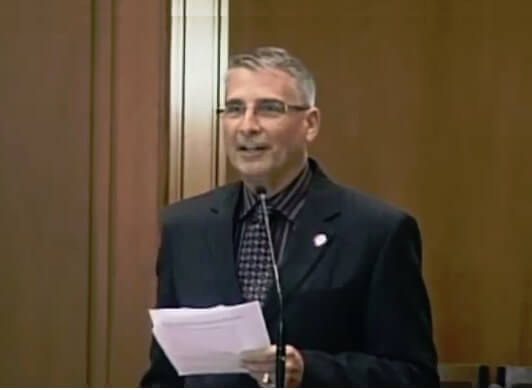 Sen. Kennemer Denounces Advancement of Tolling on I-205
Legislative Emergency Board allows ODOT to spend millions it may never be able to pay

OREGON CITY, Ore. – After the Emergency Board hearing at the Oregon Legislature, Senator Bill Kennemer (R-Oregon City) decried the party-line vote where the Emergency Board approved $333 million in new bonding debt to pay for I-205 improvements. The plan relies heavily on paying for the bonds with freeway tolls, to which over 70 percent of Oregonians are opposed.

Senator Kennemer expressed deep concern that today’s vote ignores the reality that the costs of commuting to work, school, and household errands are breaking family budgets.

“I have consistently opposed tolling because it targets my constituents around Interstate 205,” Kennemer stated. “A majority of Clackamas residents have to drive out of the county for work and to access health care. To ask them to shoulder the burden of this plan’s costs is patently unfair. Freeway tolls are a regressive tax on poor and working members of our communities.” Kennemer noted that if he were serving as an E-board member, he would have voted to oppose bond funding backed by freeway toll revenues.

Kennemer also expressed concern that the legislature and ODOT have failed to have meaningful conversations about other options to build freeway infrastructure and looking to other funding sources besides the unpopular tolling plan.

“It’s shocking that we would have this vote in the summer, when we’re not in session, and when the public and the media were generally unaware that such a huge budget expenditure would pass without a full vote of the legislature,” said Kennemer. “We should not be charging ahead to raise taxes on working-class Oregonians who drive at a time when gas prices are at record-high with no signs of coming down any time soon. To approve more bonded debt while interest rates are skyrocketing and a recession is looming – it’s simply irresponsible governance.”

Kennemer said he will continue to support voters having the opportunity to vote on freeway tolls, and appreciates that at the federal level of government, US Senator Ron Wyden has publicly stated that freeway tolls are unfair to working Oregonians.

“We need to have transportation infrastructure that works, but our solutions must be fair and affordable. We can and must do better,” stated Kennemer.