Multiple flags were burned all night.

KOIN-TV 6 news shows this flag being burned at the base of a veterans memorial. 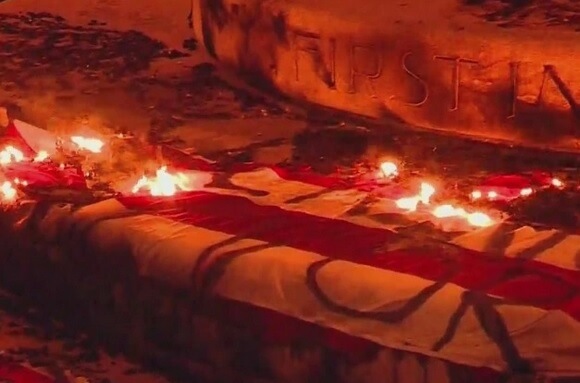 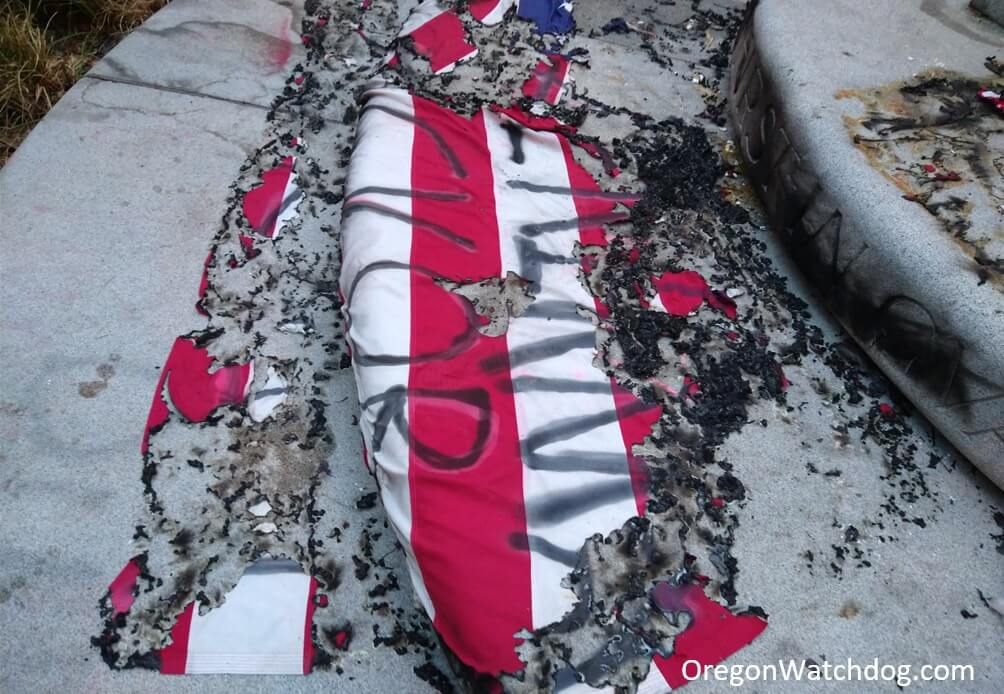 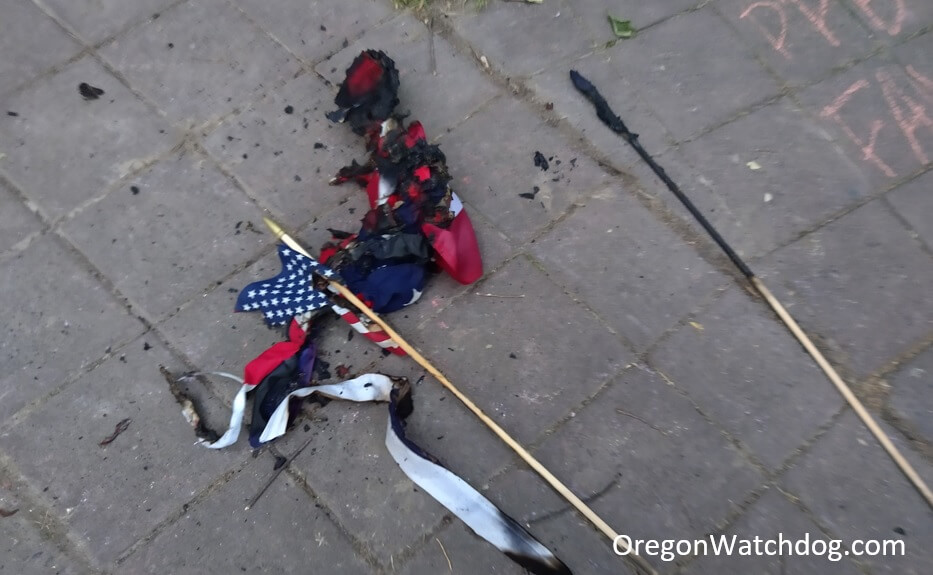 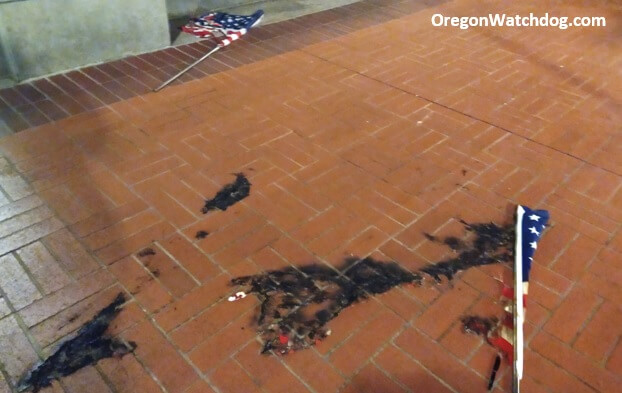 The Arlene Schnitzer Concert Hall was hit with a broken window and “F*ck SCOTUS” (Supreme Court of United States).

An entire block of broken windows for the downtown Target store. 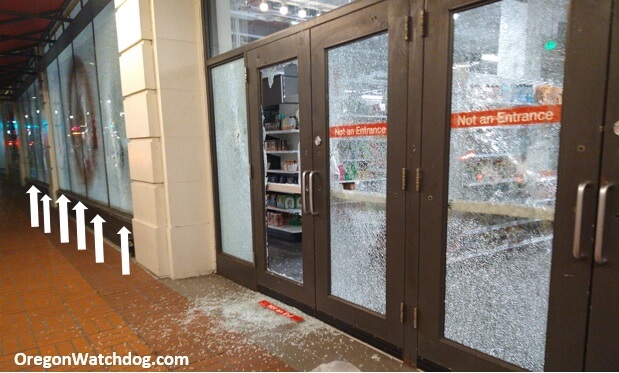 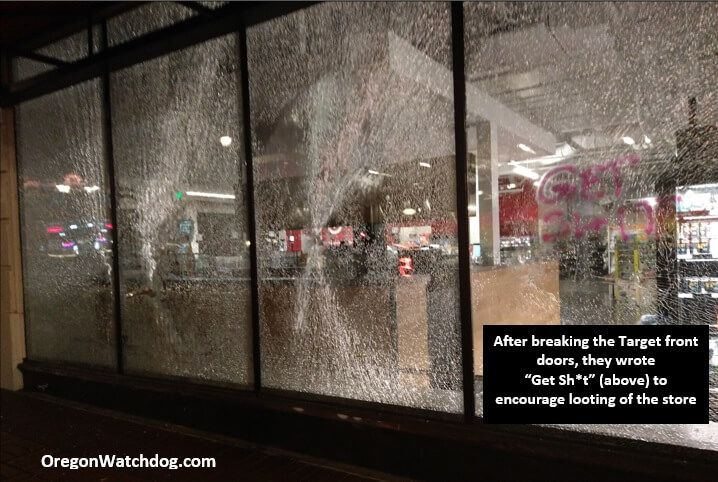 In addition to encouraging the public to loot Target, another encouraged homeless people to riot 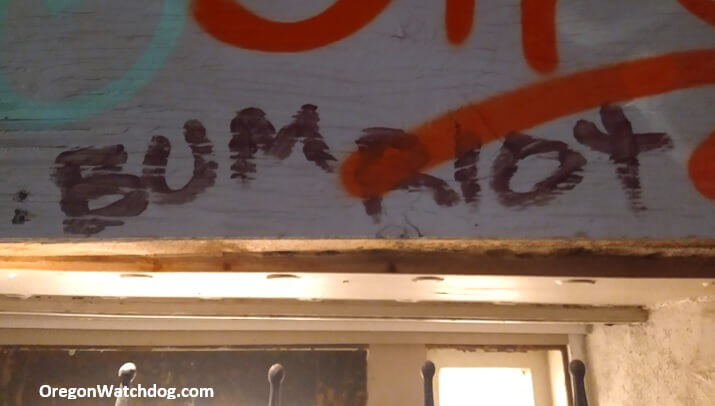 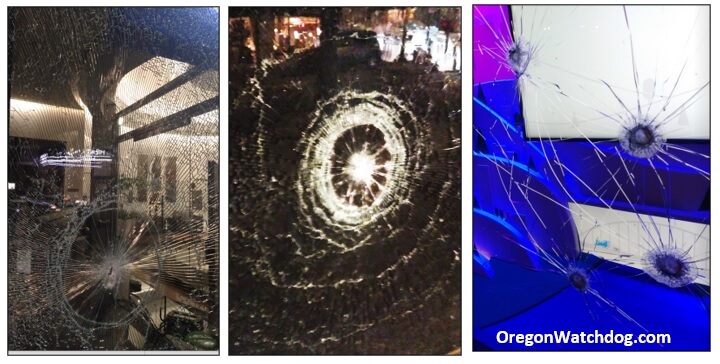 Many vandalized messages and crowd chants to end America, “Abort Amerikkka”, and “F*ck 4th of July” were made. 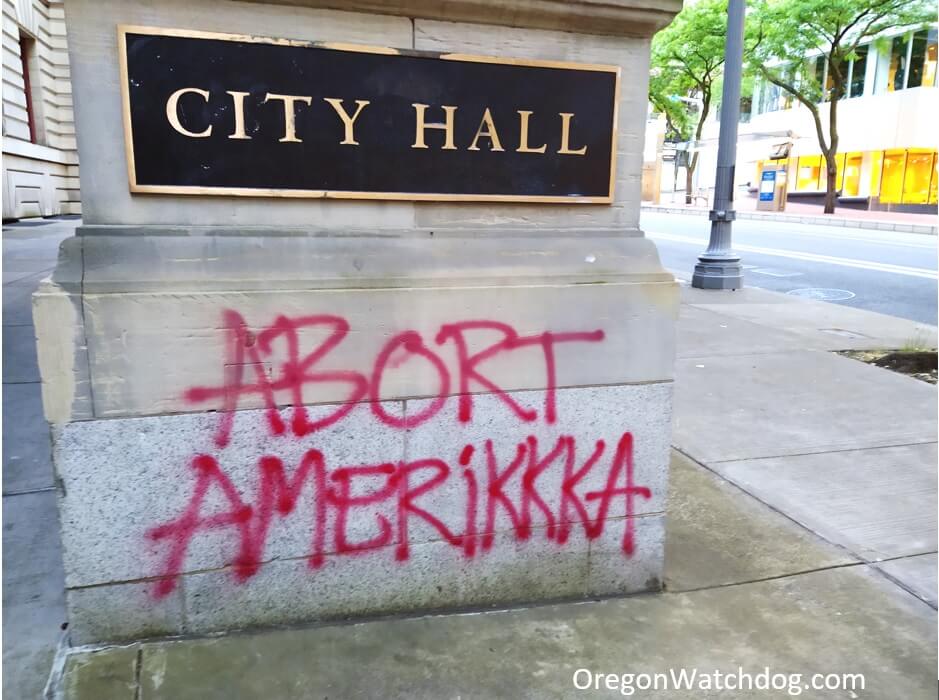 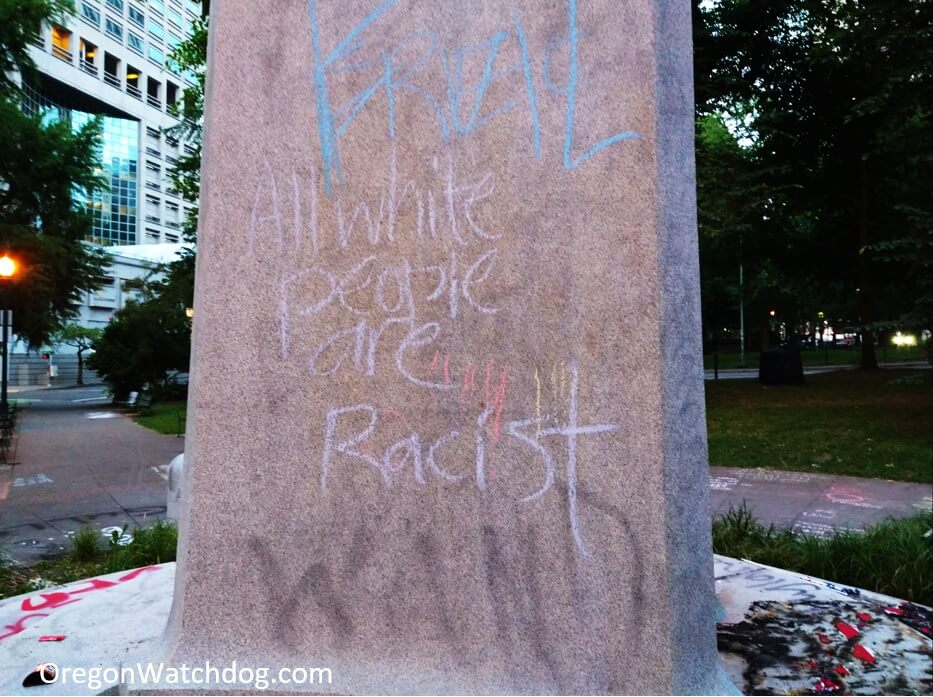 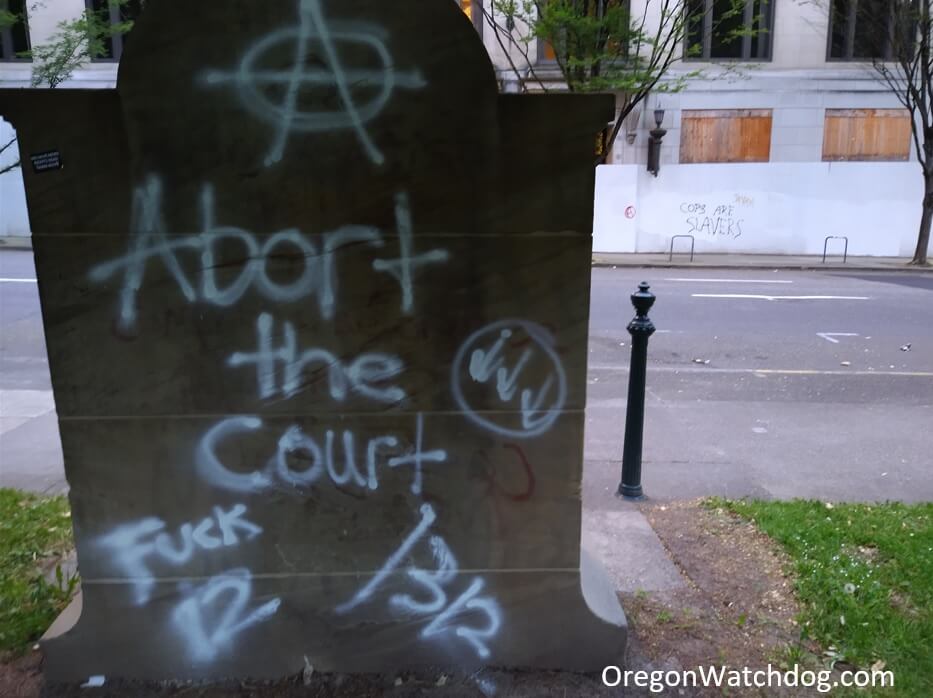 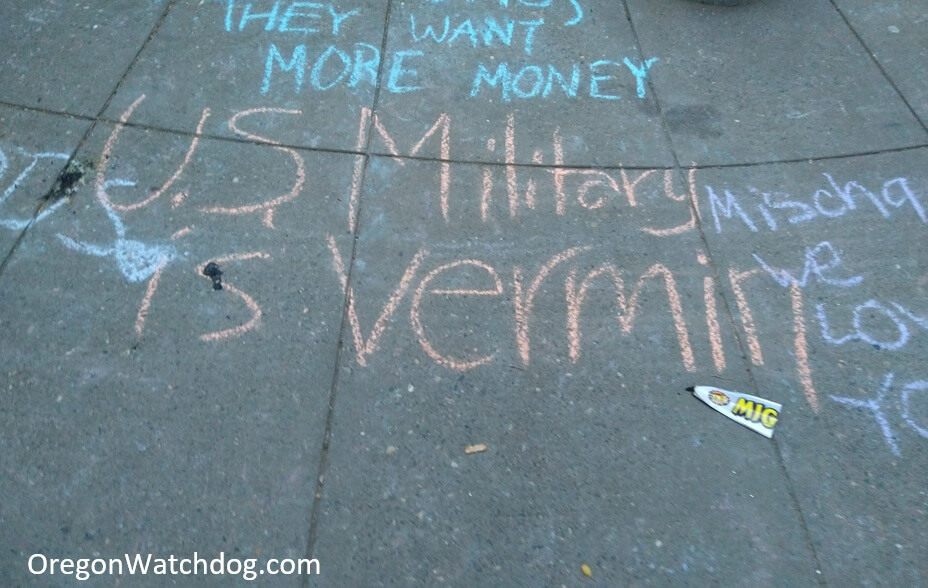 * Thanks to those independent citizens that emailed us photos last night.  Keep it up *