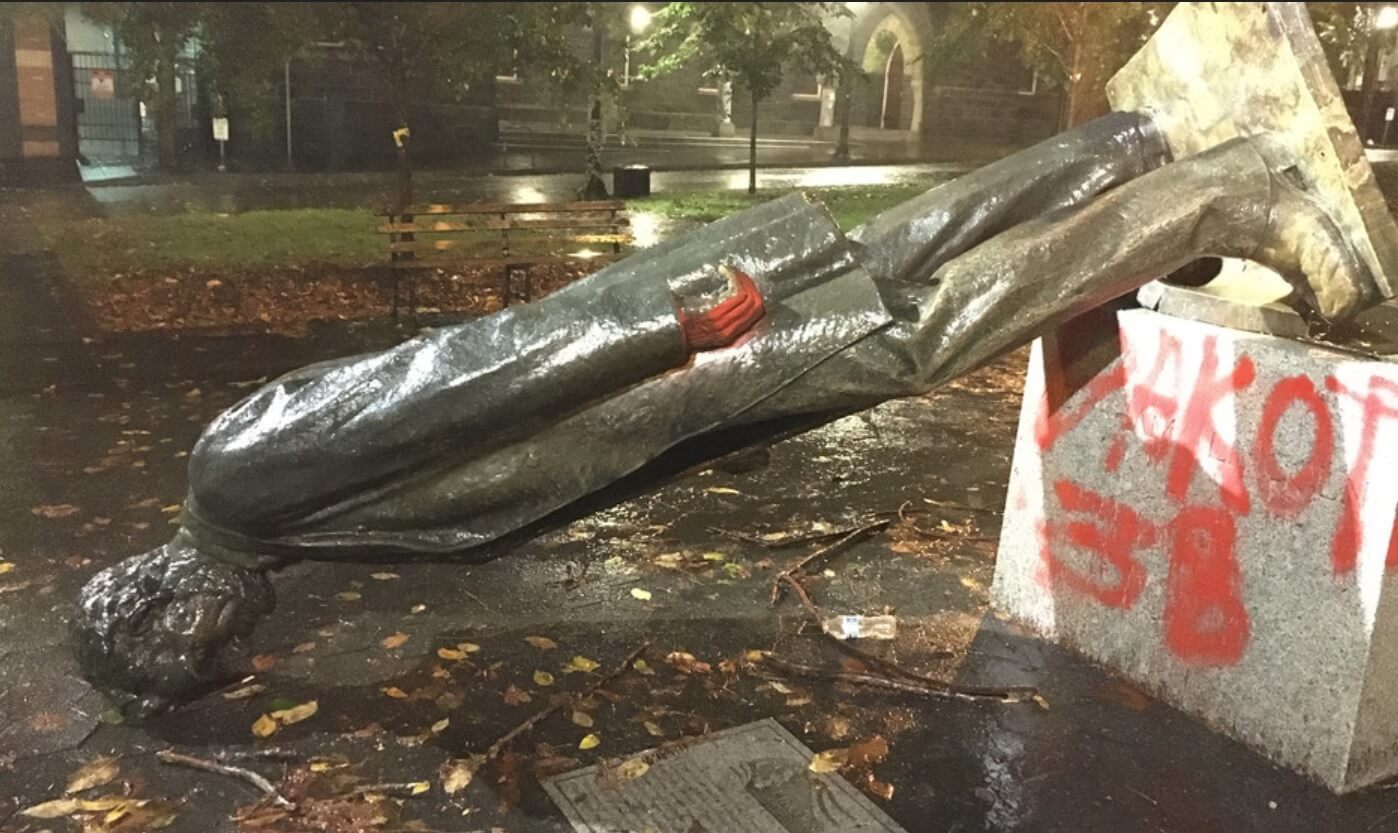 Yesterday, Leftist rioters organized an “Indigenous People’s Day of Rage,” publicly warning compliant “journalists” not to photograph or video their conduct—a clear signal that illegal conduct was planned. By 8:38 p.m. last night, the Portland Police Bureau already knew about attempts to destroy at least one statute in the Park Blocks: 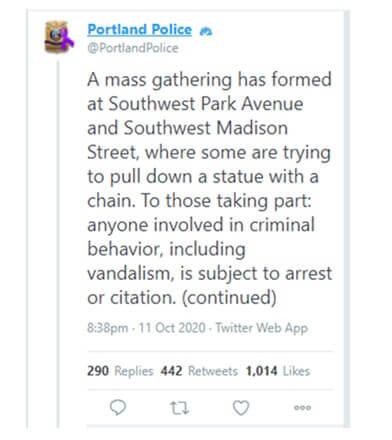 The Theodore Roosevelt statute was torn down several minutes later: 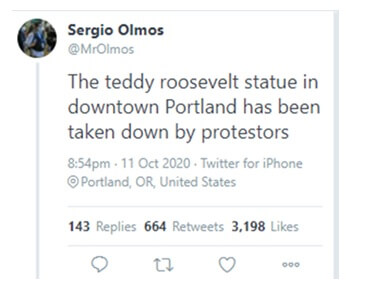 By 9:35 p.m., it was reported that the rioters had torn down the Lincoln statute: 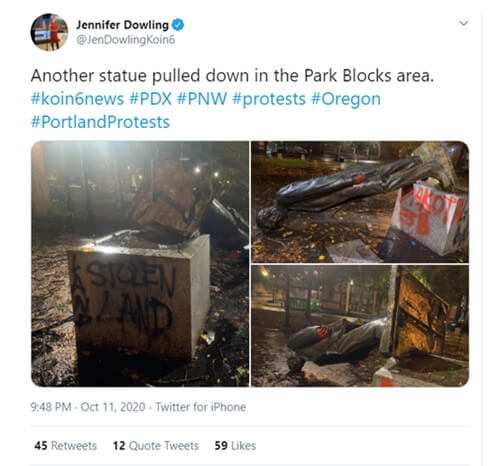 As far as the Multnomah County Republican Party can tell, the Police Bureau took no action whatsoever as the rioters attacked the statutes of Presidents Theodore Roosevelt and Abraham Lincoln, and smashed the entire glass front of the Oregon Historical Society and other property. The Oregonian reported that police “did not directly intervene until nearly an hour after the first statue fell”.[1]

“Just who is it among our police and/or City leadership that harbors violent, anti-American views so strong as to stand down and thus enable this conduct?” asks James Buchal, Chairman of the Multnomah County Republican Party. “It’s not enough for police to protect their precinct offices and union building. We need them to be protecting all public and private property in Portland.”

The Multnomah County Republican Party is asking the Portland Police Bureau to produce, pursuant to the Public Records Act:

The MCRP is soliciting donations to cover the charges levied for Public Records Act requests, which may be made through the MCRP website, multnomahgop.org, and seeking volunteers to review these materials.