Recently, there is an uptick of wrecking everything including parked cars.

The above Portland photos were from the weekend following the June 20th Supreme Court ruling where one car was both spray painted and bashed and a Portland Public School van was vandalized with broken windows and “Abolish Schools” graffiti.

Below is one of the four (at least four we noted) vehicles vandalized during Portland’s 4th of July riot. 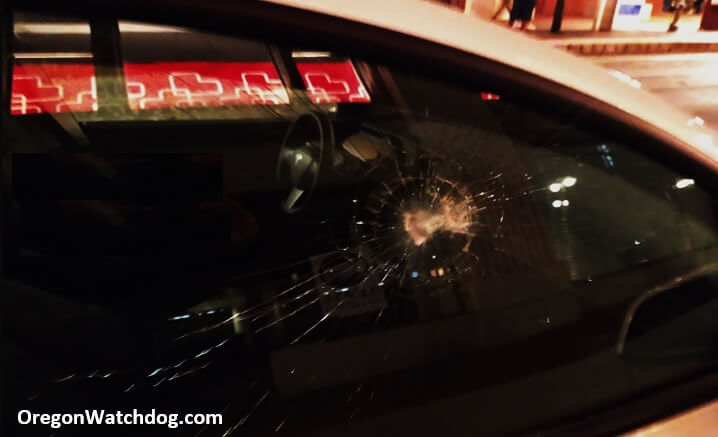 The June 21st Hollywood District riot in SE Portland saw attack on banks, coffee shops and businesses.  Piles of glass seen the morning after showcase where nearby cars of the vandalized shops once stood. 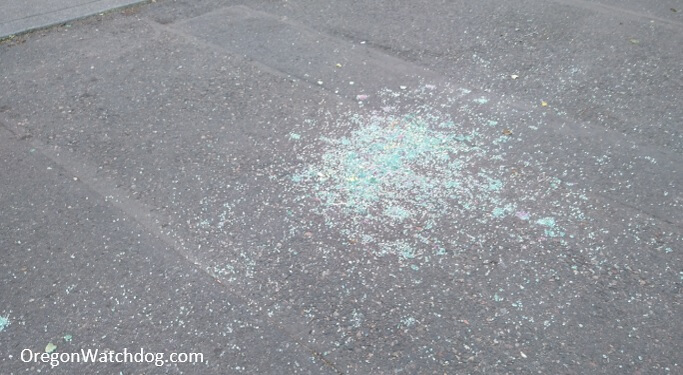 The rise in attacking parked vehicles is just another sign of the escalating brazenness and lawlessness that anarchist rioters feel in the City.