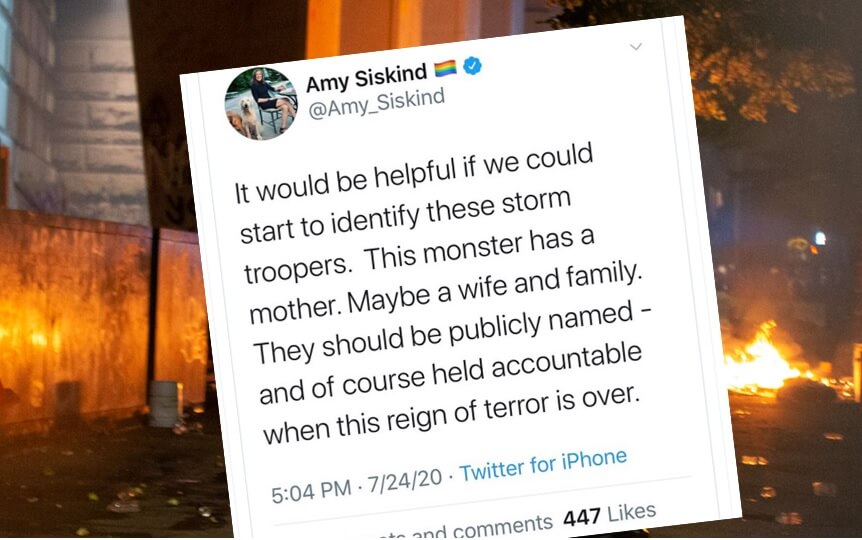 About 38 law enforcement officials involved in the Portland riot control have had their personal information like address and phone number made public online according to Newsweek.

Journalist Andy Ngo reported, one supporter Tweeting the comment, “It would be helpful if we could start to identify these storm troopers. This monster has a mother. Maybe a wife and family. They should be publicly named.”