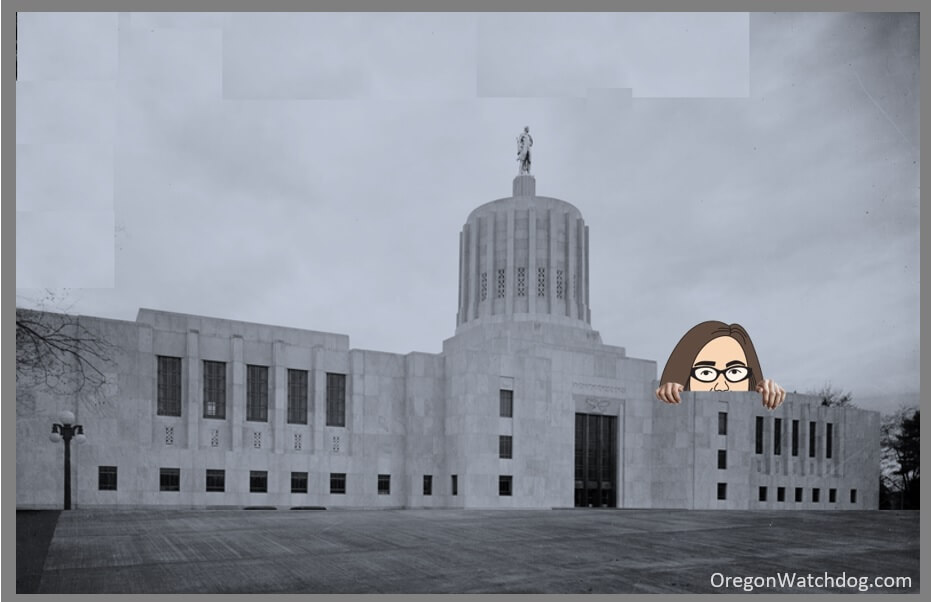 Governor Brown is nowhere to be seen.

She’s rarely been in the news recently, and her Governor’s website reflects a drop in public activity.

For instance, the number of public speeches listed on her website only show 6 speeches in 2022 with half of them being fluff bill signings.   Gov. Brown gave as many  speeches in a single month last year than all of this year to date. 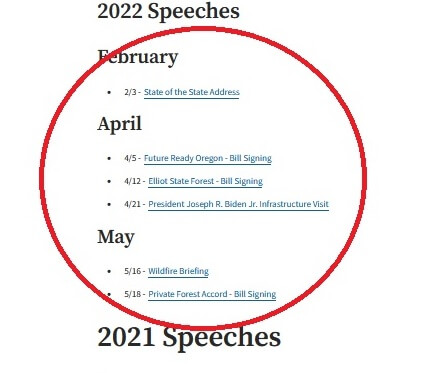 Gov. Brown did make news recently, announcing that she was creating a new Crime Victims Liaison.  That only happened because she was under a lawsuit calling her actions unconstitutional for releasing nearly 1,000 criminal inmates and hiding the details from the public.   So if you want to see Gov. Brown in action, apparently it takes a lawsuit.

Where are the solutions to our State’s crisis’?

Last year, when the record breaking heat wave hit Oregon, she was at an all-day wine party.

When the pandemic hit, Gov. Brown made her key decisions behind closed doors, without involving our elected Representatives, and then proceeded to keep as much data and information from the media as possible (vital death death statistics, breakout locations, qualifications for county risk calculations, etc…).

The public, the media and our lawmakers should demand more from our Governor in this terrible time of need.