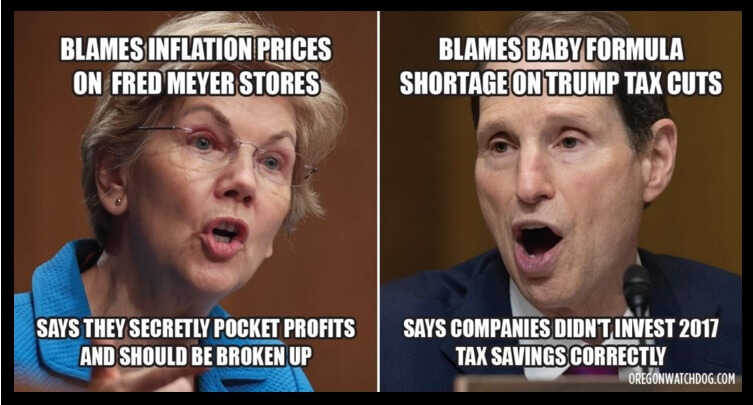 Being a liberal means never having to accept responsibilities for your actions.

U.S. Senator Elizabeth Warren blamed rising prices, not on inflation or spending nearly five trillion in above budget spending, but rather on Fred Meyer parent company Kroger for raising prices.   Senator Warren even suggested that Kroger is too big and should be broken up.  That is how radical liberals will take their blame game.

Oregon Senator Ron Wyden recently blamed the baby formula shortage on the Trump tax cuts of 2017.   Wyden said the businesses should have taken their tax savings to expand their business.   It wasn’t the fact that the government shut the business down over an ingredient scare that did not prove correct.

Use this meme to spread the word on how liberal lawmakers are creating problems and then blaming them on others.