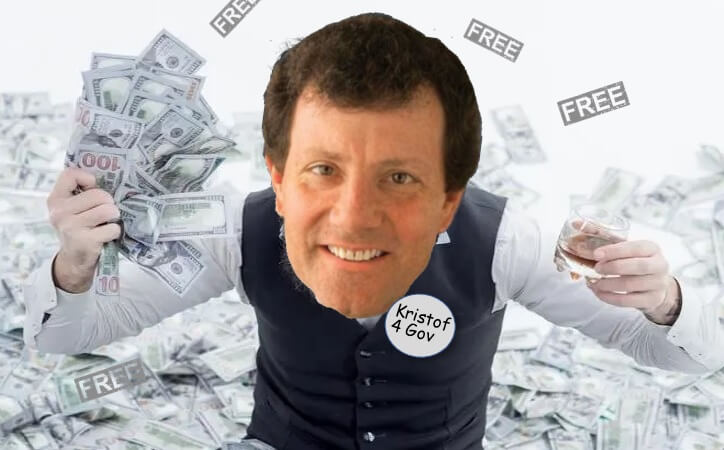 There should be a major penalty for political types who lie about themselves when asking you and me to vote for them.

Just a few months ago, Kristof claimed in front of the Oregon Supreme Court, in writing, that he has really been an Oregonian for decades.

You see, Kristoff wanted to run for Governor of a state he hasn’t lived in for 40 years.

He even raised millions to buy his way into office.

But Oregon’s constitution says you have to actually live in the state for at least 3 years to seek its top office.

Kristoff voted as a New York City resident in November less than two years ago so the Oregon Supremes sent him packing.

In February, Kristoff lied again…told reporters that even though his race for office was over he would “keep fighting” on all the important Oregon issues like crime and housing.

This week we learn that Kristoff is heading right back to the New York Times to write a column again.

Apparently, the pain and side effects of the clout-ectomy Kristoff suffered erased all that commitment he claimed just a few months ago.