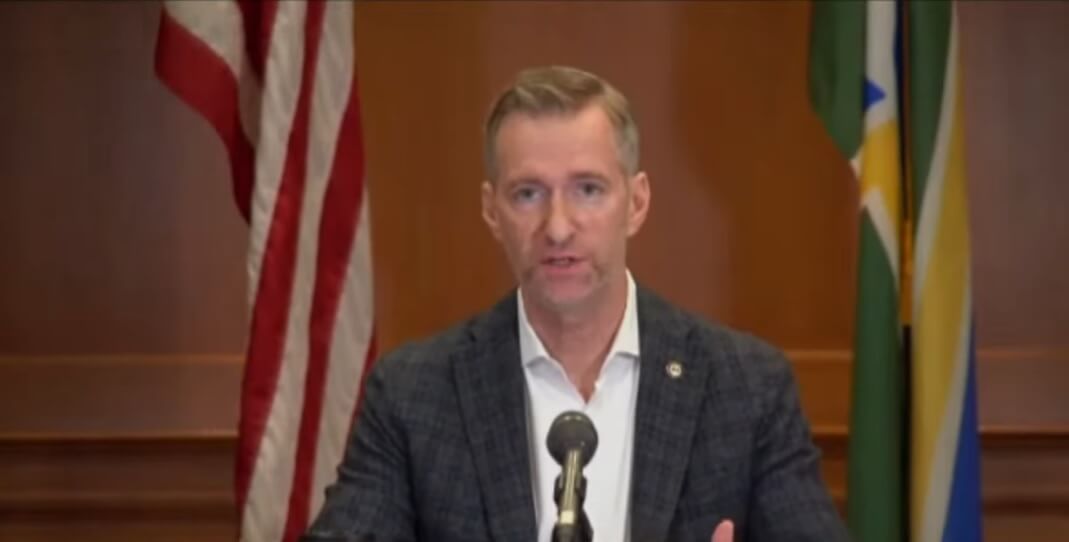 It it didn’t leave so many people dead in the streets of Portland, Mayor Ted Wheeler’s pathetic whining would actually be kinda funny.

The Mayor of the 25th biggest city in America begged fellow commissioners and his own police chief to “stop talking” about the shortage of officers that leaves Portlandia awash in violent crime and homicides.

Teddy then got himself so upset that he dropped a barnyard epithet which, by the way, accurately describes what Ted is full of.

The Mayor seems to think if you stop talking about it, criminals won’t know.

I have news for the Harvard man: criminals already know it.

Street racers usually confine their dangerous and illegal events to outlying parts of the city where police response time is slow.

Sunday night, they took over part of the Lloyd district for some “drifting”, just across the Willamette from City Hall and police Central Precinct.

Bold doesn’t begin to describe that: maybe brazen, instead.

But the Mayor insists we stop telling citizens the police can’t get it done ‘cause they’re 200 cops short. And if you think Teddy plans to boost police staffing, forget it. He says Portland has to do it with “what we’ve got”.