By Jason Williams
— Williams is the founder of the Taxpayers Association of Oregon and a cultural commentator,

The Disney+ streaming service has rolled out their latest super-hero series, called She-Hulk.   The show vomits out a lot of garbage for an audience where a major portion of America’s 8-18 years olds will be watching (despite the designated 14+parental rating).

This modern super-hero, She-Hulk, curses as she drops an F-bomb at the end of the show.  This is similar to Disney’s other hero, Nick Fury, who uses  the M-F-bomb. Disney has found a way to use the F-word to boost ratings.

She-Hulk also flips off her friend The Hulk.  Great role-model for the many 8-years-olds watching the show. 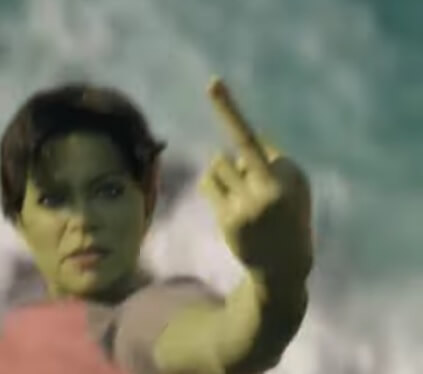 She-Hulk starts the series with a car conversation about the mystery on whether fellow super hero, Captain America, is a virgin. It is repeated at the end of the episode and is portrayed as if he isn’t (or wasn’t as he fled in a time portal) and therefore is some sort of comedic scandal.   Once again, not a good message for 8-year olds feeling peer pressure in school. 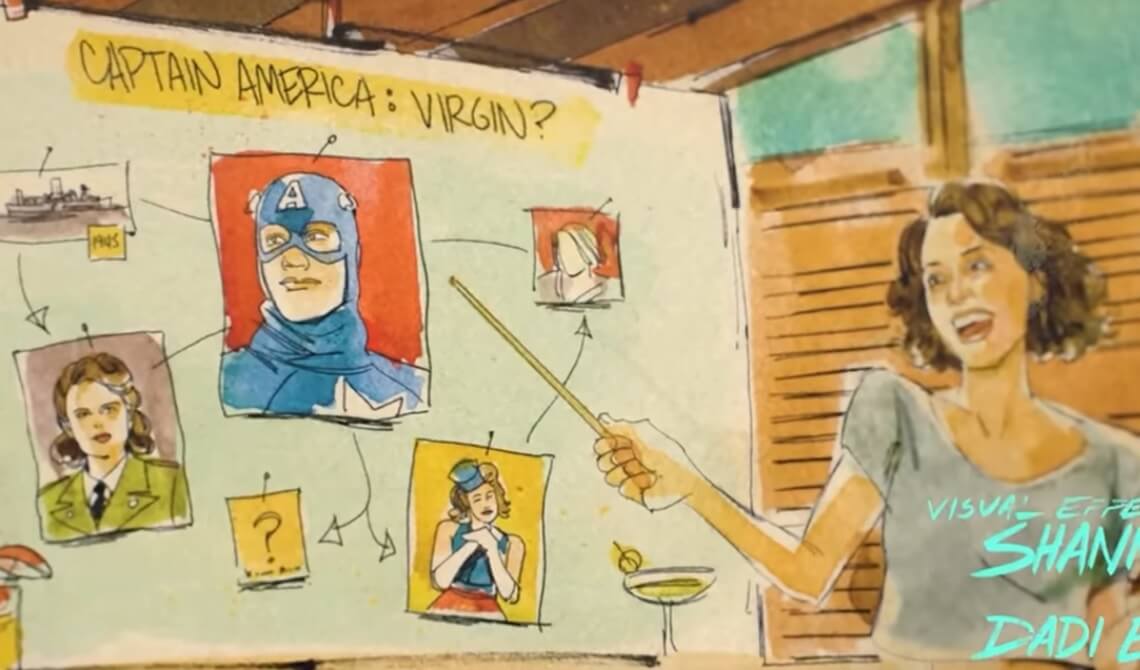 She-Hulk has as her phone screen saver as a photo of Captain America’s ass. 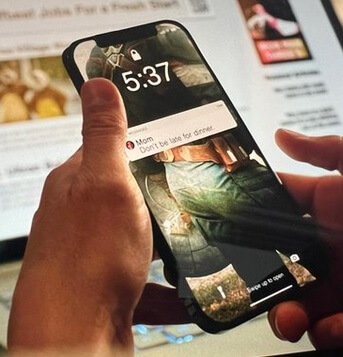 Finally, She-Hulk does the one dance that American parents hate the most — the Twerking.

Another way for Disney to boost ratings.

She-Hulk twerks alongside the famous singer, Mega Thee Stallion, an artist who works extremely hard at being extremely obscene (giving credit where credit is due). 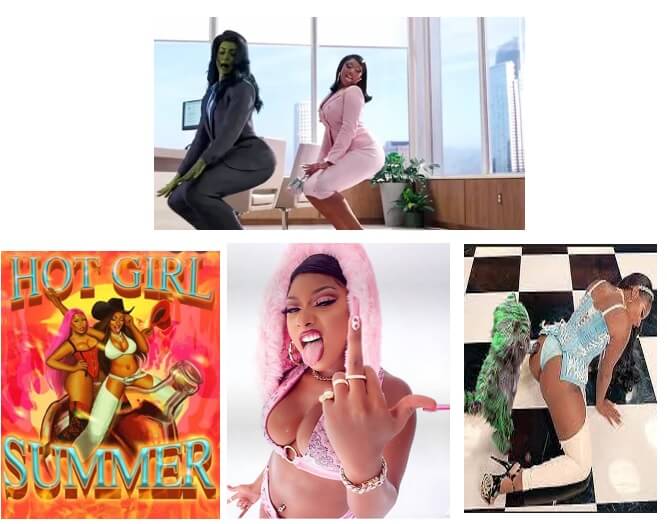 Here is just a sample of some of lyrics by Megan Thee Stallion:

DO IT ON THE TIP — lyrics

A new behind-the-scenes leaked photo shows that there was additional stripper-themed dancing that was filmed but not shown in the episode.  (Note: the character on the left is a choreographer wearing spot-dots so computer imaging can digitally place the computer generated She-hulk character on top the dancer upon final production.) 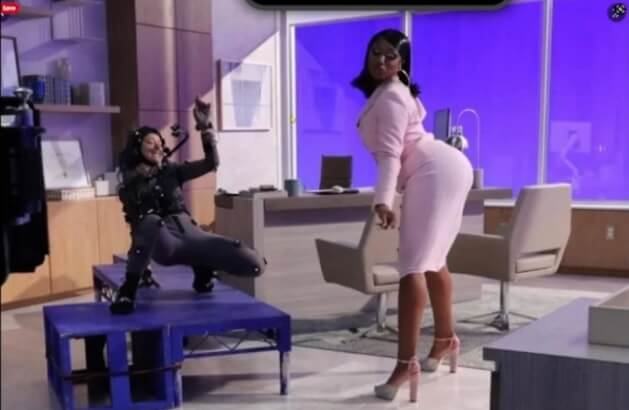 I still have comic books in my closet that feature She-Hulk from the 1980s.  Back then, She-Hulk was clever, witty, strong, light-hearted and very kind.  That character I knew sold a lot of comics for nearly a decade.  Corporate Disney bought the rights to her character and remade her into something ugly, prideful and obscene.

As a result, the new Disney She-Hulk been ranked as the single worst rated Disney+ superhero show on the movie ranking website Rotten Tomatoes and among the least watched Disney superheros shows.  Less than 2% of U.S. Disney+ subscribers tuned in.   Is it worth Disney to spend an estimated $25 million dollars to reach 2% of their audience?   This show has been a colossal flop.

By the way, these vulgar cameos are only based on the first three episodes.  Who knows what the other seven will bring.

Disney is free to create all the adult sci-fi shows they wish, but to take an existing character beloved by kids and teens, and bring her down to a sexual and obscene level, seems to be quite creepy and predatory.

Parents be advised that Disney has become a awful steward of your children’s entertainment.