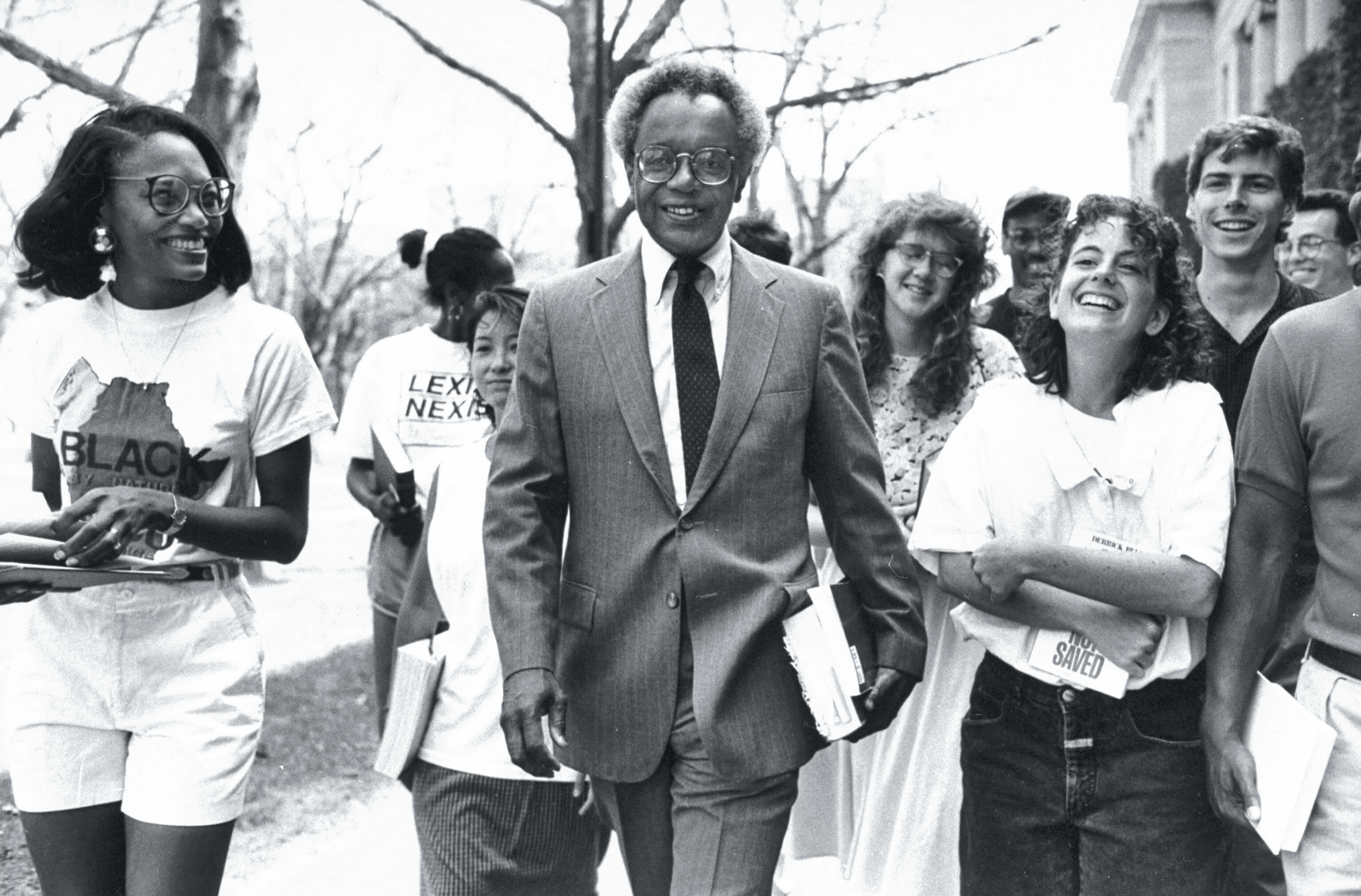 As I have written before, there is more to Critical Race Theory (CRT) than cable news would lead one to believe. Conservative critics and progressive polemicists miss a lot of nuance. There is no substitute for reading the primary sources.

Derrick Bell‘s 1980 Harvard Law Review article Brown v. Board of Education and the Interest Convergence Dilemma speculated on when white and black interests converge and where they diverge. He cited teacher unions as an example where they diverge, not something one would expect from a left-wing perspective.

The article is primarily an attempt to address what was considered to be a classic question of the jurisprudence of the Brown v. Board of Education decision, the landmark Supreme Court ruling that found racial segregation of schools unconstitutional. The question was first posed by Herbert Wechsler‘s 1959 Oliver Wendell Holmes Lecture at Harvard Law School. Wechsler questioned whether the Brown decision could be reduced to neutral principles. He argued Brown arbitrarily traded the right of whites not to associate with blacks in favor of the right of blacks to associate with whites.

Bell responded to this by arguing that sometimes no such conflict of interest actually exists and sometimes it does. He believed that, for a brief period, the interests of the races converged to make the Brown decision inevitable. Bell found more recent Supreme Court decisions (in the 1970s) to indicate a growing divergence of interests that made racial integration less feasible. He wrote: “Whites may agree in the abstract that blacks are citizens and are entitled to constitutional protection against racial discrimination, but few are willing to recognize that racial segregation is much more than a series of quaint customs that can be remedied effectively without altering the status of whites.” So, Bell argued that when racial equality is expected to lower the social status of white Americans, the convergence of interest breaks down.

Bell identified three ways the white majority in the United States valued the end of segregation, two of which were more salient during the Cold War. First, it enhanced America’s credibility with the rest of the world as a more appealing place than communism. Second, it buttressed the loyalty of black Americans to their country, making them less vulnerable to communist propaganda. And third, Bell observed: “there were whites who realized that the South could make the transition from a rural, plantation society to the sunbelt with all its potential and profit only when it ended its struggle to remain divided by state-sponsored segregation. Thus, segregation was viewed as a barrier to further industrialization in the South.”

Bell identified a fourth convergence of interest that he believed should factor more prominently in politics but didn’t, the similar struggle poor white and black students have in obtaining access to a quality education. Policies to improve the provision of educational opportunities for all Americans would presumably have broad support from all low-income voters, regardless of race.

What gets in the way of education reform? Bell lamented that culture wars get in the way, citing racial animus of low-income whites against blacks. But Bell concluded his article with another nimble force in domestic policy: the teacher unions. Bell wrote: “Policies necessary to obtain effective schools threaten the self-interest of teacher unions and others with vested interests in the status quo.” Teacher unions may believe in civil rights in the abstract, but when reform threatens their local monopoly over K-12 education, teacher unions throw black kids under the school bus.

Bell took this state of affairs to support his prior view that the interest of blacks in improving their education could be better served by focusing on raising the quality of existing schools, whether desegregated or all-black rather than focusing on integration. He called for magnet schools, which is as close as Bell came to advocating for school choice. This is another example of how the primary target of CRT, particularly Derrick Bell’s writings, was not conservatism. In its earlier writings, CRT was gunning down established left-wing orthodoxy.

School choice is the neutral principle Herbert Wechsler was looking for. Later CRT writers have been less willing to go there. But in 1980, Derrick Bell was willing to call out teacher unions as an opponent of improved education for black students.

This is the thirteenth in a series on CRT.