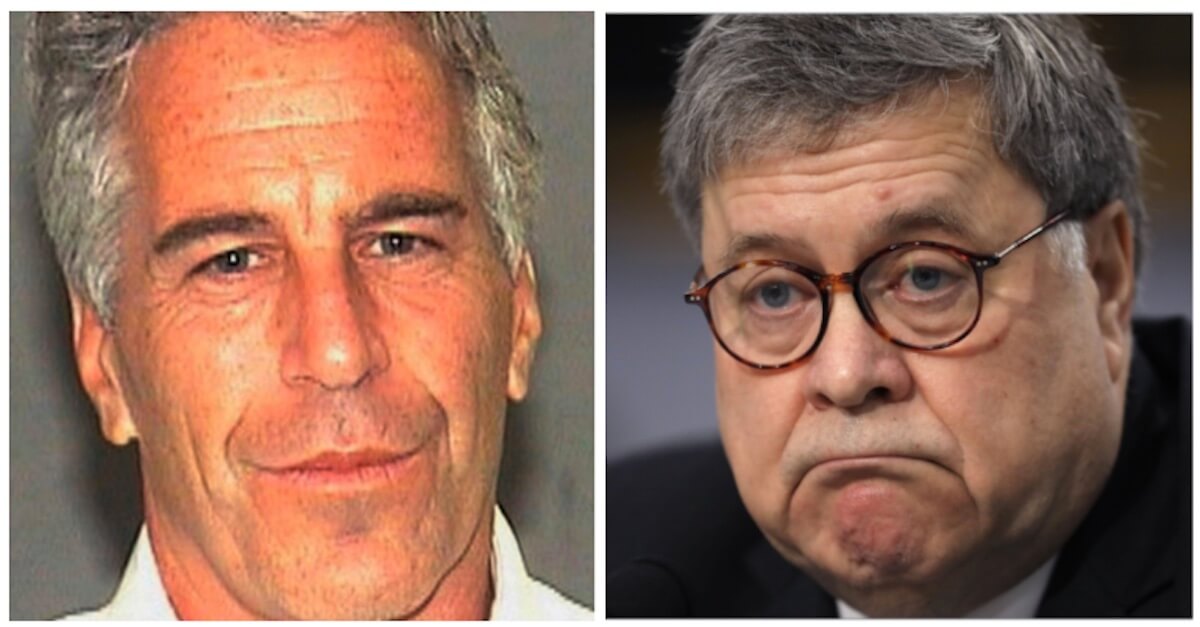 Since Jeffrey Epstein died in federal custody while Bill Barr led the Department of Justice, Barr had an insider’s access to the circumstances of Epstein’s death. He wrote about it in his fine memoir One Damn Thing After Another:

By the end of 2019, I was confident that Jeffrey Epstein committed suicide by hanging himself. The New York City medical examiner had conducted an autopsy and ruled that Epstein killed himself by hanging. Other evidence also pointed to suicide, but it was the video evidence that confirmed the medical examiner’s finding. In the Special Housing Unit, where Epstein was held, there is a large open common area, where the correctional officers sit at a desk. The desk is at the foot of open stairs leading up to a unit, or “tier,” of eight cells in which Epstein’s cell was located. There is only one way into that tier, and hence to Epstein’s cell, and that is to go up the stairs and through a gated entryway immediately at the top of the stairs, which is plainly visible from the desk at the foot of the stairs. Epstein’s cell, the first inside the entryway, was only about fifteen feet from the officers’ desk. A video camera inside the unit was not functioning that night, but a separate video camera located in the common area had clear coverage of the officers’ desk area, the open stairs, and the gated entryway.

I personally reviewed that video footage. It shows conclusively that between the time Epstein was locked in his cell at 7:49 p.m. on the night of August 9 and the time he was discovered the next morning at 6:30 a.m., no one entered his tier.

Under normal circumstances, this would be a nonissue, but because Epstein’s crime involved sexual relations with underaged girls, the story sort of dovetailed with popular QAnon legends of rampant pedophilia among elites. The nature of conspiracy theories is to invent coverups when a simple suicide is the most plausible explanandum for a death. The unimpeachable credibility of Barr’s rejection of these rumors should lay the folklore to rest.