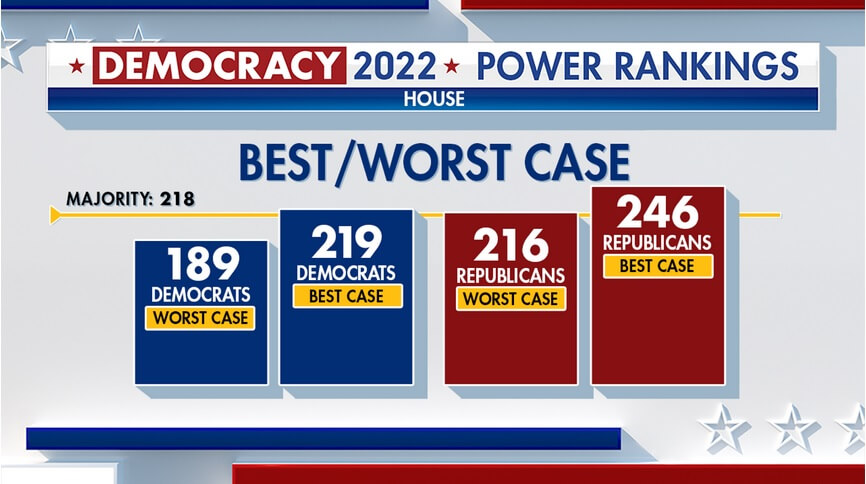 Fox News says, “The House is in play for the first time this cycle as Democrats continue to build momentum, but the GOP remains the favorite to take control. This edition of the Fox News Power Rankings looks at shifts toward Democrats in nine battleground House races and two key Senate races. Meanwhile, the GOP makes gains in the Georgia and Oregon governor races.  Republicans can expect a 13-seat majority in the latest House forecast (a total of 231 seats), leaving the Democrats with a 14-seat deficit (204 seats). These numbers reflect a shift of three seats away from the GOP since August. While the trend line favors Democrats, 13 seats means the Republicans would hold a comfortable governing majority. House Republican Leader Kevin McCarthy will want to keep that figure in the double digits as election day approaches…For the first time this cycle, these rankings give Democrats pathways to retain control. The “best case” scenario for the left, which assumes that Democrats win all 30 of the most competitive races, would give them a razor-thin two-seat majority (219 seats). Remember, though, that almost every other scenario puts the GOP in control. Indeed, the best-case scenario for Republicans gives them a commanding 28-seat majority (246 seats). “ 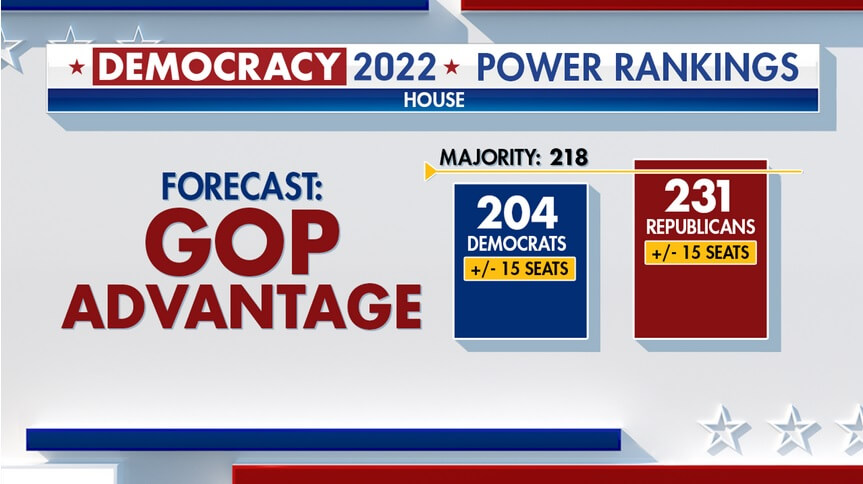