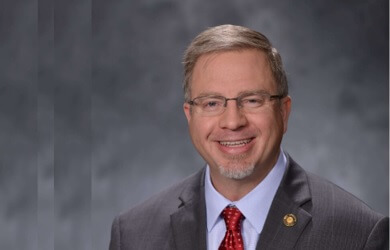 A disturbing trend is happening in our politics. Simply put: People want to silence opposing opinions. The problem with this trend is silencing free speech is the first step in transforming a free society into one without individual liberty.

Unfortunately, social media companies have been complicit in this silencing effort. The recent revelation that the FBI coerced Facebook not to share the news about Hunter Biden’s laptop prior to the 2020 election is just one example. Other examples of censorship have been that hundreds of important voices, including a former President, have been canceled from sharing their views on several social media platforms.

Why is this important?

A wise person once told me, be sure to take notice of what the media doesn’t report as much as what they do report. The reason is simple: In our society both traditional and social media can quickly shape people’s opinions about any subject by what they do not report. For example: if crime is high in a neighborhood, but the media say little to nothing, the people in the neighbor know, but no one else does. That is important because elected officials are often elected from multiple neighborhoods, not just one. If a public policy is failing to address crime, but not enough people know about its failure, the same elected officials are re-elected, the same policy continues and the crime grows worse.

In a recent legislative newsletter titled “Why We Are Free”. I stated the reason we are a free people was because, “… the Founders understood that the ultimate authority for our nation was God and His rules, not government and its whims.” My assertion was based on the first paragraph from the Declaration of Independence in its reference to “… the laws of nature and nature’s God.” A few people took exception to my claims and wrote back scolding me. They said what I had written violated the sacred principle of the separation of church and state. Moreover, I should be removed from office because of my newsletter and my views.

While I believe their interpretation of Thomas Jefferson’s phrase “separation of church and state” is incorrect, there is an ironic element to their comments. Without religious liberty, there cannot be individual freedom for which the Founder’s advocated. Without the guarantees of individual liberty, there is tyranny — where leaders in power dictate who can say what and when. In other words, if we lived in my critics world, without religious liberty, they would not be able to criticize elected officials without fear of retribution.

This November there are several statewide Ballot Measures before the people of Oregon. One of those is BM 113 which would disqualify a legislator, who has 10 unexcused absences in Session, from running for re-election. An absence is determined “excused” or “unexcused” solely at the discretion of the Speaker of the House or Senate President. Consequently, this ballot measure can quickly become a political weapon to turn legitimate absences into unexcused ones.

What’s worse, BM 113 would force a legislator’s attendance, against their will, in order to move legislation forward when that legislator, or group of legislators, believe the policy in question is extremely harmful to their constituents. Such absences, also known as “denial of quorum”, have been used by legislative minorities throughout our nation’s history. By eliminating this option from a legislator’s tool box, a particular form of the legislator’s speech is being silenced, namely whether they have the choice to participate or not.

We have just suffered from 2-years of such coercion by government. Forced vaccinations to keep one’s job. Forced masking to enter a doctor’s office or grocery store. Forced school-closures. Forced church-closures. Forced health club-closures. Now BM 113 wishes to pile on by forcing legislators to participate in a vote against a their will.

Likewise, would it not be detrimental if there was a constitutional provision mandating citizens must vote on every item on their ballot and in every election (forced participation)? The consequences for missing a particular number of votes would give government the authority to ban that person from voting again. For legislators, that is BM 113 in a nutshell.

Remember, legislators are ultimately accountable to the citizens who elected them — not to the Speaker of the House or the Senate President. If a legislator misses several votes, or several days, during a session it is the people of their district who should decide whether they should continue to serve or not, either through a recall effort or at the next election.

Freedom to participate, or not to participate, in a group, an event or an action is one of the fundamental applications of individual liberty. Therefore, be mindful this November, not to enact new laws or elect legislators who believe that government coercion, which forces participation in our democratic process, will make Oregon a better place. It won’t.

When we handcuff the first amendment and empower the government to take away a person’s choice to participate or not to participate, then great harm will come to a value we all cherish: liberty for all.