The Oregonian did a fantastic crime poll of Portlanders and found out what we knew all along … the defund police movement has been an epic-sized failure.

Portlanders favor strong police and have confidence in them, and yet liberal politicians (Mayor Ted Wheeler, Commissioner Jo Ann Hardesty, District Attorney Mike Schmidt, backed by State politicians like Tina Kotek and Governor Kate Brown) looked the other way as riots engulfed the City, defunded police and loaded police with scores of new City and State regulations which all together contributed to a record breaking crime wave.

This failed liberal anti-cop experiment has resulted in dozens of dozens of new deaths.

Two thirds of Portlanders want police to do more….not less. 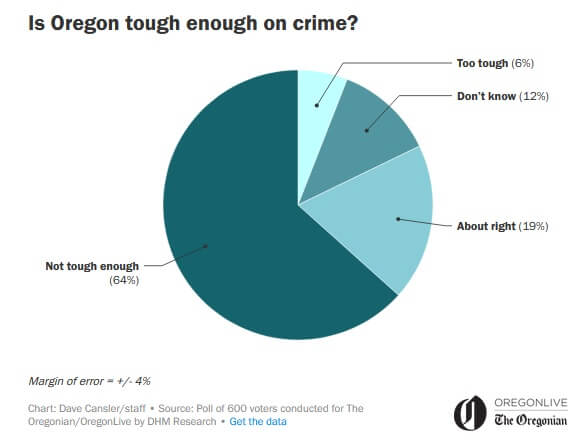 Over 70% of Portlanders have confidence in their police. 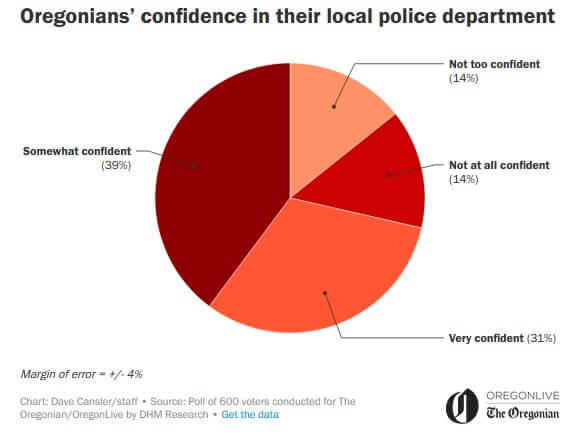 The 70% confidence in police is despite of the flood of hyper-critical news coverage of Portland police as liberal activists issued a flurry of complaints against police for the smallest of things during the full blown riots.   Complaints were dropped by investigators but the media reporting damage remained.

The politicians pulled police from Portland Public School security, saying the public was afraid of law enforcement.  It turns out that was never true.

When the Portland riots first erupted, Portland Police asked the city to help by loaning City garbage trucks to be used to block vehicle access to high-riot areas.  Portland City Commissioners declined, saying they didn’t want another City agency to be associated with the police.  City Commissioners also handicapped Police’s ability to use tear gas, the National Guard was pulled back, overtaking highways by protesters was effectively legalized as a legitimate form of protest by the City despite extreme risk, and the District Attorney dropped nearly 1,000 riot charges.

Look at the arson that followed during a 10-day period when the politicians went soft-rioters and tough-on-police.

Read more on the crime poll