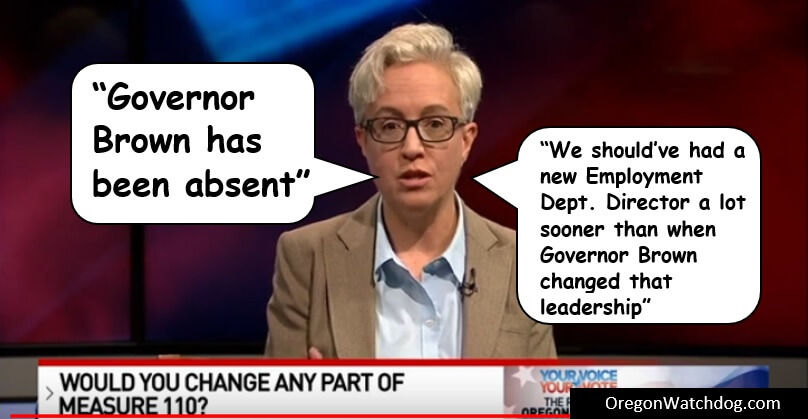 On fighting the drug crisis Tina Kotek criticized Governor Brown for delaying releasing nearly a quarter billion in drug treatment funds saying ,”I think Gov. Brown has been absent in making sure those dollars got out in an efficient, effective manner”

When KATU-2 mentioned the Employment Department collapse where a predictable system crash stranded 200,000 Oregonians from receiving their jobless benefits within the start of the pandemic, Kotek said, “We should have had a new director in the Employment Department a lot sooner than when Governor Brown changed that leadership. They were failing, we as Legislators knew that. That should have happened sooner.”

She knows Governor Kate Brown has been rated as the most disliked/unpopular Governor in Americas two years in a row.

Tine Kotek also knows that Christine Drazan has been showing a lead in four different polls: 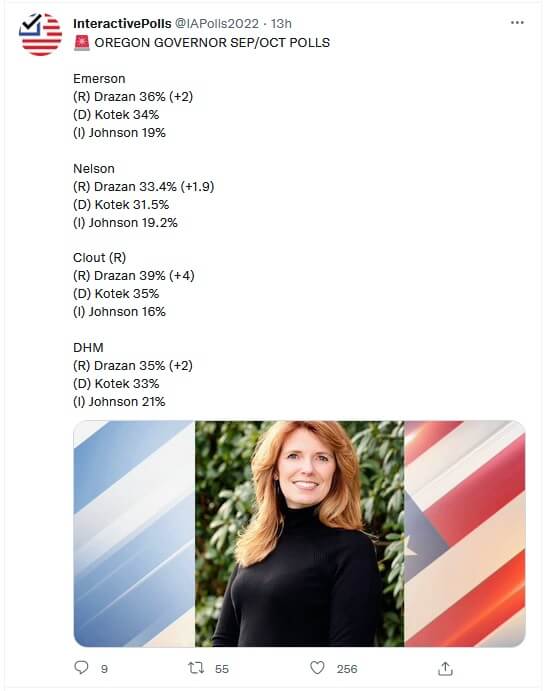