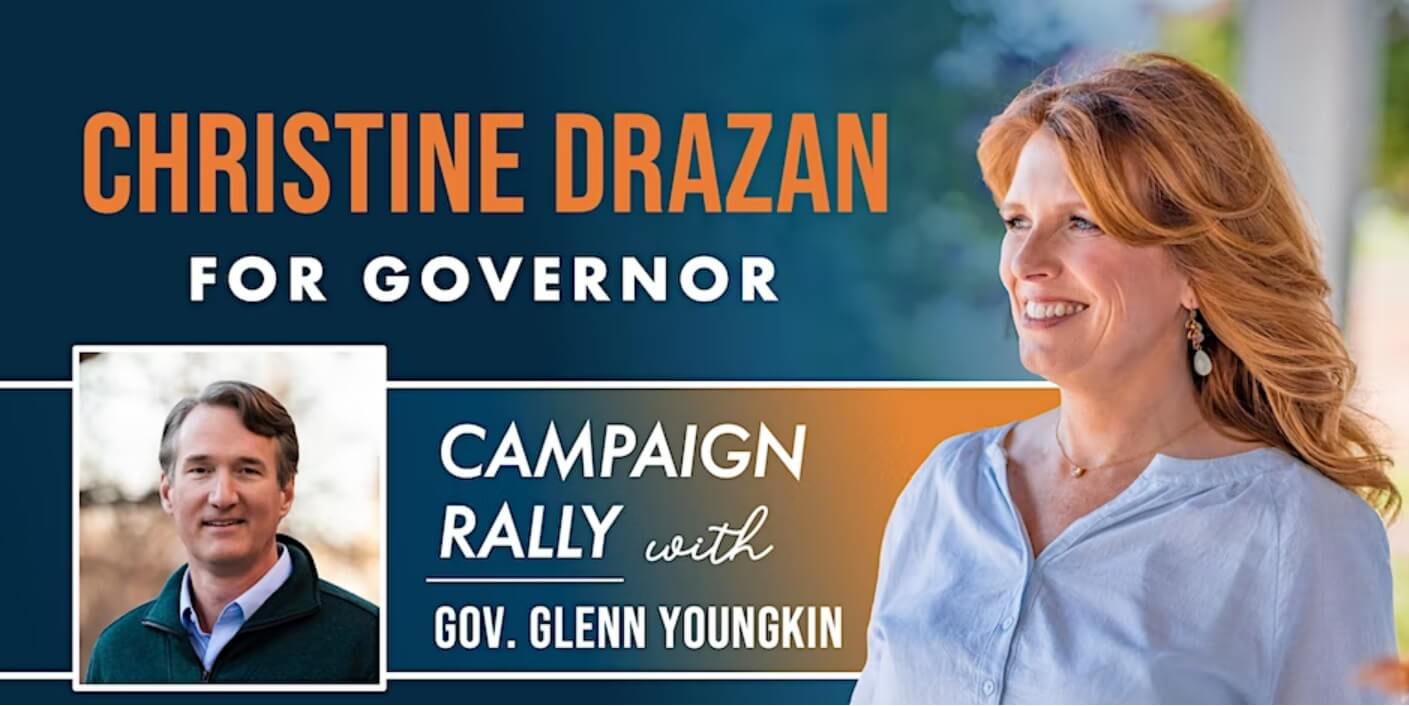 By Taxpayers Association of Oregon PAC

The Christine Drazan campaign has announced that America’s underdog Governor, Virginia Gov. Glenn Youngkin, is coming to Oregon to rally for Christine Drazan.    Governor Glenn Youngkin shocked the nation last year when he ran as an outsider who beat the former Virginia Governor by running on a campaign of low taxes, parents rights, government transparency and pocketbook issues.  Now he is coming to Oregon to support Oregon Governor candidate Christine Drazan who is leading in the polls and shares the vision of being a Governor who listens to the people.

*** To join the rally CLICK HERE for the Evite! 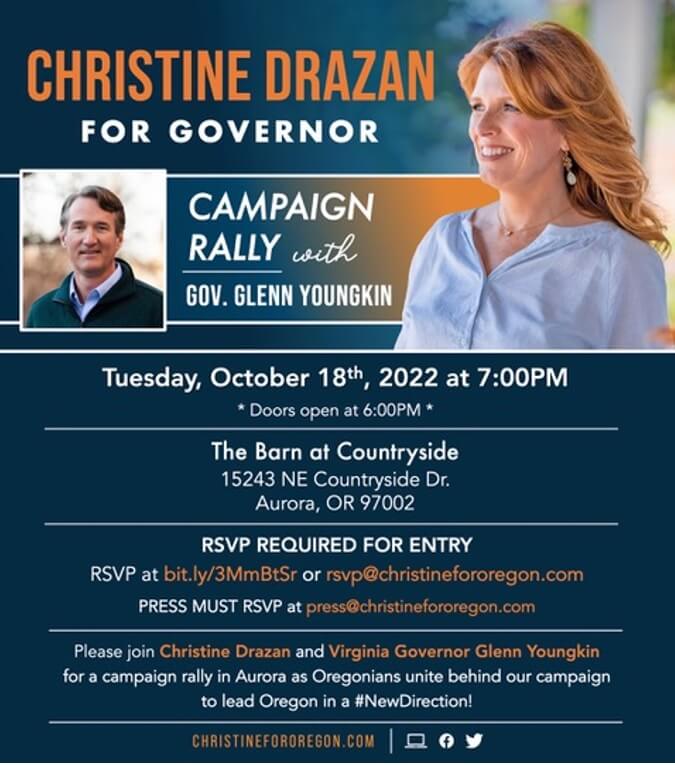 Christine Drazan is quoted on her website as saying “I could not be more excited to announce that Governor Glenn Youngkin will be joining us on the trail next week! RSVP to join us on October 18 in Aurora.”.

To join the rally CLICK HERE for the Evite!